Read the questions of BPSC Combined (Pre) Competitive Examination 2011. The examination was conducted by The Bihar Public Service Commission on 17 April 2011… 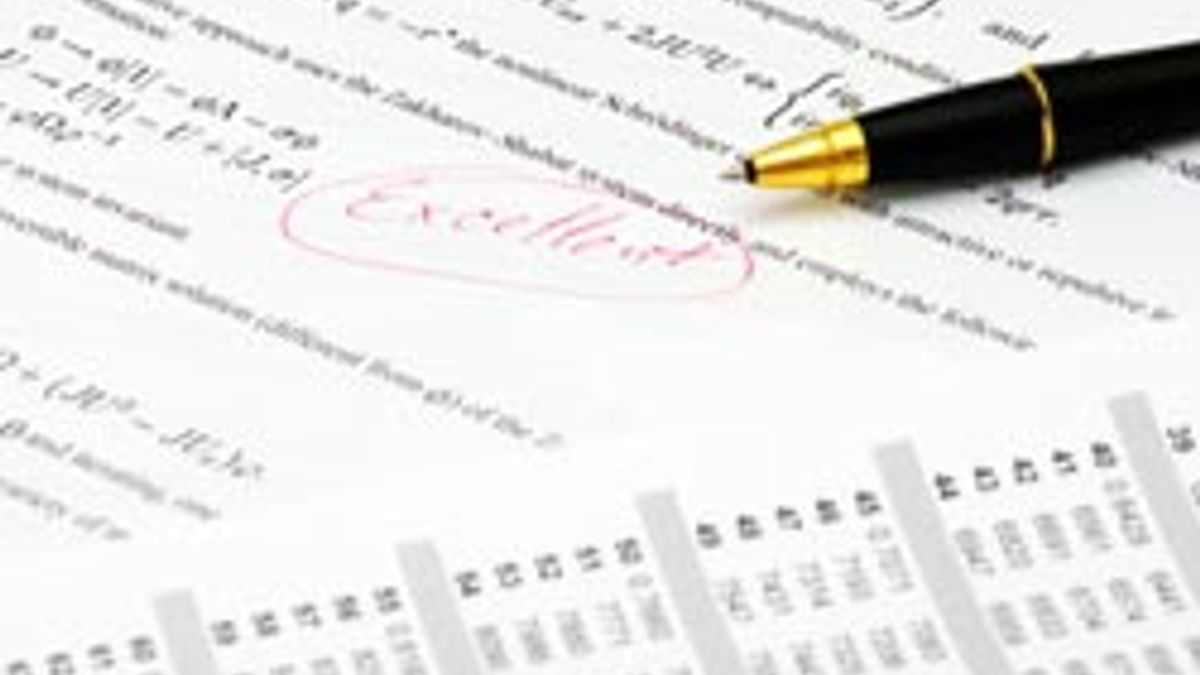 1. In which country is 'Takla Makan' desert situated?
(A) Kazakhstan
(B) Turkmenistan
(C) Uzbekistan
(D) China

4. Which of the following is not a capital city?
(A) Canberra
(B) Sydney
(C) Wellington
(D) Riyadh

5. The highest coal-producing country in the world is
(A) India
(B) USA
(C) China
(D) Russia

7. Amritsar and Shimla are almost on the same latitude, but their climate difference is due to
(A) the difference in their altitudes
(B) their distance from sea
(C) snowfall in Shimla
(D) pollution in Amritsar

8. Coal mines in Jharkhand are located at
(A) Jharia
(B) Jamshedpur
(C) Ranchi
(D) Lohardaga

9. Major source of oceanic salinity is
(A) rivers
(B) land
(C) wind
(D) ash from volcanoes

12. The highest wheat-producing State of India is
(A) Haryana
(B) Punjab
(C) Bihar
(D) Uttar Pradesh

13. TISCO plant is located near
(A) Patna
(B) Darbhanga
(C) Dhanbad
(D) Tatanagar

14. Which States in India are the largest producers of sugarcane?
(A) Bihar and Uttar Pradesh
(B) Uttar Pradesh and Rajasthan
(C) Andhra Pradesh and Jammu and Kashmir
(D) Punjab and Himachal Pradesh

15. Which of the following States has the largest number of people belonging to Scheduled Caste?
(A) Bihar
(B) West Bengal
(C) Uttar Pradesh
(D) Punja

18. Where is Industries Commissioner Office of Bihar situated?
(A) Patna
(B) Gaya
(C) Hajipur
(D) Muzaffarpur

21. Congress passed the 'Swaraj' resolution in the year 1905. The purpose of the resolution was
(A) right to make a constitution for themselves but it was not done
(B) to secure self-rule
(C) responsible government
(D) self-government

25. January 26 was selected as the date for the inauguration of the Constitution, because
(A) the Congress had observed it as the Independence Day in 1930
(B) on that day the Quit India Movement was started in 1942
(C) it was considered to be an auspicious day
(D) None of the above

26. The Public Accounts Committee submits its report to
(A) the Comptroller and Auditor General
(B) the Speaker of the Lok Sabha
(C) the Minister of Parliamentary Affairs
(D) the President of India

28. Which of the following rights conferred by the Constitution of India is also available to non-citizens?
(A) Right to constitutional remedies
(B) Freedom to speech
(C) Freedom to move and settle in any part of the country
(D) Freedom to acquire property

29. Who is the head of the National Defence Committee?
(A) Home Minister
(B) Prime Minister
(C) President
(D) Vice-President

32. Who is the constitutional head of the State Governments?
(A) Chief Minister
(B) Governor
(C) Speaker
(D) High Court Judge

36. Consider the following reasons for financial sickness of State Electricity Boards (SEBs) in India:
I. Sale of power to agricultural and domestic consumers below the cost of production
II. Transmission and distribution losses are very high
III. Lack of commercial autonomy for SEBs
IV. State Governments have implemented social subsidy policies through SEBs

40. Consider the following problems being faced by the Indian Coal Industry :
I. Poor quali ty of coal and bottlenecks m the coal movement
II. Low utilisation capacity of washeries
III. Growing dependence on the import of coking coal
IV. Administered prices
Which of the above are correct?
(A) II, III and IV
(B) I, II, III and IV
(C) I, III and IV
(D) I, II and III

41. Name the committee which was set up by the NDC in 1957 for the reorganisation of CDP and NES, which suggested a three tier system of rural local government
(A) Balwant Rai Committee Mehta
(B) Ashok Mehta Committee
(C) Maharashtra Committee on Democratic Decentralisation
(D) Rural-Urban Relationship Committee

43. Consider the following about the 'Rolling Plan':
I. A plan for the current year which includes the annual budget
II. A plan for a fixed number of years, say 3, 4 or 5
III. It is revised every year as per requirements of the economy
IV. A perspective plan for 10, 15 or 20 years
Which of the above are correct?
(A) I and II
(B) I and III
(C) II and III
(D) I, II, III and IV

62. 'Do or Die' is associated with the following movement
(A) Dandi
(B) Non-Cooperation
(C) Khilafat
(D) Quit India

64. At which place was the 27th Session of the Indian National Congress held?
(A) Bhagalpur
(B) Patna
(C) Ranchi
(D) Bankipur

69. Kunwar Singh was the King of
(A) Hamirpur
(B) Dheerpur
(C) Jagdishpur
(D) Rampur

82. Plants which grow on saline soils are
(A) xerophytes
(B) hydrophytes

85. Which component of plants receives stimulus for flowering?

92. A single type of atom is found in

96. Continents have drifted apart because of
(A) volcanic eruptions (8) tectonic activities
(C) folding and faulting of rocks (D) All of the above

97. Which of the following do not belong to solar system?
(A) Asteroids
(8) Comets
(C) Planets
(D) Nebulae

99. Sexual reproduction causes genetic variation because of
(A) blending of genes
(B) chromosomal changes
(C) Shuffling of genes
(D) All of the above

101. Who among the following is the winner of the Mahatma Gandhi International Award for Peace and Reconciliation, 2009?
(A) Yukia Amano
(B) Aung San Suu Kyi
(C) Bill Gates
(D) Hillary Clinton

104. Former Central Minister for Communication and Information Technology, Mr. A. Raja belongs to which of the following parties?
(A) Congress
(B) BJP
(C) Communist Party of India
(D) DMK

108. Which was reported the richest party according to the 'National Election Watch' on August 2010?
(A) BSP
(B) BJP
(C) Socialist Party
(D) Congress

111. 'AVAHAN', the Indian segment of 'Bill and Melinda Gates Foundation', is engaged in the prevention of
(A) dengue
(B) polio
(C) HIV / AIDS
(D) filariasis

112. A recently held underwater meeting has drawn attention world over. The meeting was held by
(A) Some Somali pirates to make a new strategy for capturing ships for ransom
(B) Some environmental scientists for promoting awareness for saving water
(C) some activists environmental awareness for promoting against air pollution
(D) The cabinet of a country to highlight the threat of rising sea level for any country

113. Which one of the following cities is not located on the bank of river Ganga?
(A) Fatehpur
(B) Bhagalpur
(C) Uttarkashi
(D) Kanpur

114. Which one of the following is a human right as well as a fundamental right under the Constitution of India?
(A) Right to Information
(B) Right to Work
(C) Right to Education
(D) Right to Housing

116. The headquarters of International Court of Justice is at
(A) Hague
(B) New York
(C) Geneva
(D) Paris

123. Mr. P. J. Thomas has been appointed as the Central Vigilance Commissioner on September 7,2010. He is an IAS Officer of the following State's cadre
(A) Assam
(B) Karnataka
(C) Kerala
(D) Tamil Nadu

124. What was the maximum amount which has been provided as financial autonomy by the Ministry of Heavy Industries and Public Enterprises of Union Government to the 'Mini Ratna', category I?
(A) Rs 250 crore
(B) Rs 350 crore
(C) Rs 400 crore
(D) Rs 500 crore

131. Which of the following is a Harappan port?
(A) Alexandria
(B) Lothal
(C) Mahasthangarh
(D) Nagapattanam

132. The Gupta emperor who defeated the 'Hunas' was
(A) Samudragupta
(B) Chandragupta II
(C) Skandagupta
(D) Ramgupta

134. Which inscription tells about the various achievements of Rudradaman I?
(A) Junagarh
(B) Bhitari
(C) Nasik
(D) Sanchi

135. Who was the first ruler of the Slave dynasty?
(A) Qutubuddin Aibak (B) Iltutmish (C) Razia (D) 'Balban

136. Who was the ruler of Devgiri at the time of Alauddin Khalji's invasion?
(A) Prataprudra bev (B) Ramchandra Dev (C) Malik Kafoor (D) Rana Ratan Singh

137. Who of the following Muslim rulers abolished the pilgrimage tax?
(A) Bahalol Lodi (B) Sher Shah (C) Humayun (D) Akbar

138. What was 'Dar-ul-Shafa' established by Firoz Tughlaq?
(A) An alms house
(B) A free hospital
(C) A library
(D) A guesthouse for pilgrims

139. The 'Permanent Settlement' was made with
(A) Zamindars (B) village communities (C) Muqaddamas (D) peasants

140. Who was the founder of 'Prarthana Samaj?
(A) Atmaram Panduranga (B) Tilak (C) Annie Besant (D) Rasbihari Ghosh

144. Which one of the following books was written by Tilak?
(A) India in Transition
(B) Gita Rahasya
(C) Gokhale-My Political Guru (D) Discovery of India

145. Where was Mahaveer Swami born?
(A) Kundagram (B) Pataliputra (C) Magadh
(D) Vaishali

147. At which place did Mahatma Buddha give his first 'Dharmachakrapravartan '?
(A) Lumbini
(B) Sarnath
(C) Pataliputra
(D) Vaishali

148. What was the early capital of Magadh?
(A) Pataliputra
(B) Vaishali
(C) Rajagriha (Girivraja)
(D) Champa

150. The Third Buddhist Council was convented at
(A) Takshashila
(B) Sarnath
(C) Bodh Gaya
(D) Pataliputra