Causes of Flood in India 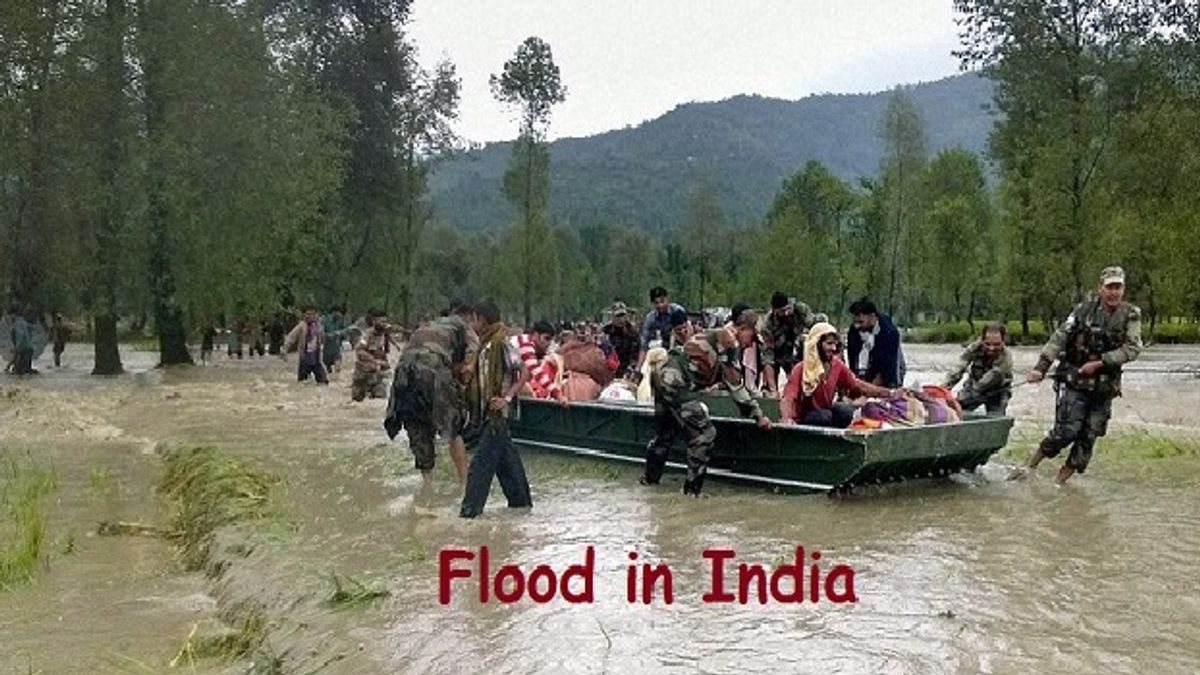 Causes of Flood in India

For IAS Exam, the IAS aspirants should study all those topics which have an impact on the country. A flood is an every year phenomenon in the country which is responsible for the lives of people and animal and various crops. So, it is very important to study the flood situation in India and how should the Government take initiative to prevent from the huge losses.

In the peninsular country like India, rainfall is highly uneven in time and space. During the four months from June to September, over 75% of the annual rainfall received thereby leading to large variations on a temporal scale. The average annual rainfall in India is 119 cm with great spatial variations. The areas on the Western Ghats and the Sub-Himalayan areas in North East and Meghalaya Hills receive heavy rainfall of over 250 cm annually, whereas the Areas of Northern parts of Kashmir and Western Rajasthan receive rainfall less than 40 cm.

The various causes of floods in India are as follows:

Heavy precipitation: Heavy rainfall is one of the major reasons of the flood in India. Over natural bank of rivers, the rainfall of about 15 cm or more in a single day exceeds the carrying capacity of rivers causes a flood in that region.  Such effect can be seen in the West Coast region of the Western Ghat, Assam and sub-Himalayan West Bengal and Indo-Gangetic plains.

Cyclones: Flood after cyclone is a very common phenomenon in the eastern coast of Tamil Nadu, Andhra Pradesh, Odisha and West Bengal. Cyclones in a form of strong winds, high tides cause a flood in the coastal region.

Rise in river bed: The river bed rises due to large silt and sand gradients carried by the Himalayan Rivers. The deposition of silt enhances the catchment area of rivers which reduces the carrying capacity of rivers.

Deforestation: Deforestation also plays a major role in flooding because it makes trees unable to hold soils anymore which prevents sediment run-offs. Trees in forest convincingly hold water more than farms or grasslands. So, the release of sediment due to deforestation has a larger impact on the flood.

The meandering tendency of river-flow: The tendency to meander or change the course within a specific boundary of rivers in the flat terrains also causes a flood in the meandering regions like lower reaches of the Brahmaputra and Gangetic plains.

Silting in Delta areas: The deposition of silt on the river-mouths by the sea tides deteriorates the discharging capacity of rivers which causes a flood in that region.

Earthquake and Landslide: Sometimes it has been found that the river changes its course after the natural calamities like earthquake, landslide which causes a flood in the same region.  Such instances can found in the mountain of hilly region states like Jammu and Kashmir, Himachal Pradesh, and Uttarakhand etc.

Obstruction of free-flow of rivers: Roads, embankments, railway lines, canals etc. obstructs the free flow of rivers leading to flood in the area.

Cloudburst: Cloud bursts lead to a high amount of rainfall within a short time leading to flash floods. Flash flood generally occurs in the Himalayan region.

The Hindu for IAS Exam: Role of Governments in flood mitigation

According to the Geological Survey of India (GSI), the major flood prone regions cover almost 12.5% area of the country. The states falling within the periphery of "India Flood Prone Areas" are West Bengal, Orissa, Andhra Pradesh, Kerala, Assam, Bihar, Gujarat, Uttar Pradesh, Haryana and Punjab. The intense monsoon rains from southwest cause rivers like Brahmaputra, Ganga, Yamuna etc. to swell their banks, which in turn floods the adjacent areas. Here are the following three River basins where most of the floods occurred in the country.

The Himalayan River basin: The basin of the Himalayan rivers covering a part of Punjab, Haryana, Himachal Pradesh, Delhi, Rajasthan, Uttar Pradesh, Bihar and West Bengal. The Kosi and the Damodar are the main rivers causing floods. The area under this basin witnesses large damages due to flood.

The North-Western River basin: The North-Western river basin covering the states of Jammu and Kashmir, parts of Punjab, Haryana, Western Uttar Pradesh and Himachal Pradesh. The Jhelum, the Sutlej, the Beas the Ravi and the Chenab are the rivers causing floods in this region.

Uneven Monsoon and its Effects on Indian Economy

The statistics say that approximately 60% of the flood damage in the country occurs from river floods while the rest 40 % is due to the heavy rainfall and cyclones in coastal areas. Around 60% of the total damage due to flood in the country done by the Himalayan Rivers alone.  While in the peninsular river basins, most of the damages are due to cyclones whereas in the Himalayan Rivers about 66% are due to floods and 34% by heavy rains. Due to spatial variation of rainfall in the country, there is a large difference in state-wise flood stats and the damages caused by it.  About 27% of the flood damage in the country is accounted for by Bihar, 33% by Uttar Pradesh and Uttarakhand and 15% by Punjab and Haryana.