Check Class 10 Science Chapter 9 MCQs which are important for upcoming CBSE Board Exam 2020. 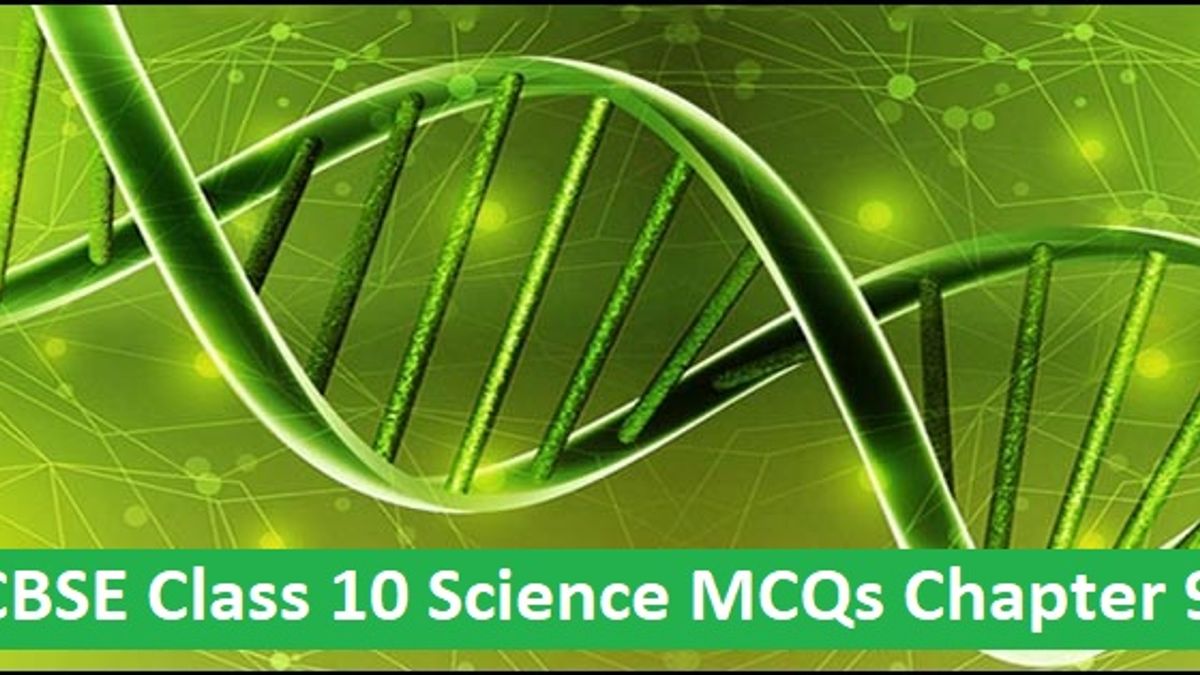 CBSE Class 10 Science MCQs on Chapter 9 - Heredity and Evolution are provided here. Correct answer with explanation is also provided for each question. All these questions are based on important concepts occurring in Heredity and Evolution chapter of class 10. Students must practice with these MCQs to get prepared for the objective type questions which will be asked in CSBE Class 10 Science Exam 2020.

1. The sequence of gradual changes which takes place in the primitive organisms over millions of years in which new species are produced is known as

Explanation: Evolution is a series of gradual changes in an organism, wherein in the end, the organism is evolved and advanced.

Explanation: The sex gametes are always haploid. They have 23 chromosomes.

3. In the human blood grouping, the four basic blood types are type A, type B, type AB, and type O. They are:

(a) Simple dominant and recessive traits

Explanation: A co-dominant trait is the one in which neither allele is dominant or recessive and both are expressed equally.

4. A pregnant woman has an equal chance of her baby being blood group A or blood group AB. Which one of the following shows the possible genotypes of the woman and the father of her child?

5. What will be the number of chromosomes present in each gamete produced by the plants if the palisade cells of a species of plant contain 28 chromosomes in all?

6. The following results were obtained by a scientist who crossed the F1 generation of pure-breeding parents for round and wrinkled seeds.

From these results, it can be concluded that the actual number of round seeds he obtained was:

Explanation: The actual number of seeds obtained were 5643.

7. A cross between a tall plant (TT) and short plant (tt) resulted in progeny that were all tall plants as:

(a) Tallness is the dominant trait

(b) Shortness is the dominant trait

(c) Tallness is the recessive trait

Answer. (a) Tallness is the dominant trait

Explanation: The best traits are always superior. For instance, tallness and round seeds are dominant traits.

Explanation: The ratio of TT and tt plants of F2 generation will be the same.

10. Which of the following determines the sex of a child?

(a) The length of the mother’s pregnancy

(b) The length of time between ovulation and copulation

(c) The presence of an X chromosome in an ovum

(d) The presence of a Y chromosome in a sperm

Answer. (d) The presence of a Y chromosome in a sperm

Explanation: The male sex chromosome is the deciding factor for the gender of the child. If the X part fertilizes with the ovum, girl is born. If Y fertilizes, then a boy is born.

11. Which is the one characteristic of the parents that can be inherited by their children?

(a) Deep scar on chin

Explanation: A dominant inherent character can only be inherited by the children.

12. What could be the reason for the fossil of an organism to be found in the deeper layers of the earth?

(a) The extinction of organism has occurred few years back

(b) The extinction of organism has occurred thousands of years ago

Answer. (b) The extinction of organism has occurred thousands of years ago

Explanation: The deeper the fossil is embedded in the earth, the more likely it is to be very old.

13. What is the ancient name for all human beings?

Explanation: The scientific name of human is Homo sapiens.

14. The organs present in two organisms indicate that they are derived from the same ancestor are:

15. Which of the following pair of organ is not homologous?

(a) Forelimbs in humans and lizard

(b) Forelimbs in lizard and frog

(c) Wings in butterfly and bat

Explanation: Wings of a bat and a butterfly are considered as analogous organs.

MCQs on other chapters of Class 10 Science can be checked from the following links:

Important MCQs from Chapter 4 Carbon and its Compounds

MCQs on remaining chapters can be availed from the following link:

For the upcoming CBSE Class 10th Science Exam 2020, links of some important articles are provided below which will be quite helpful for students to make effective preparations and increase their chances to score high marks in the exam: