A snapshot from the chapter: 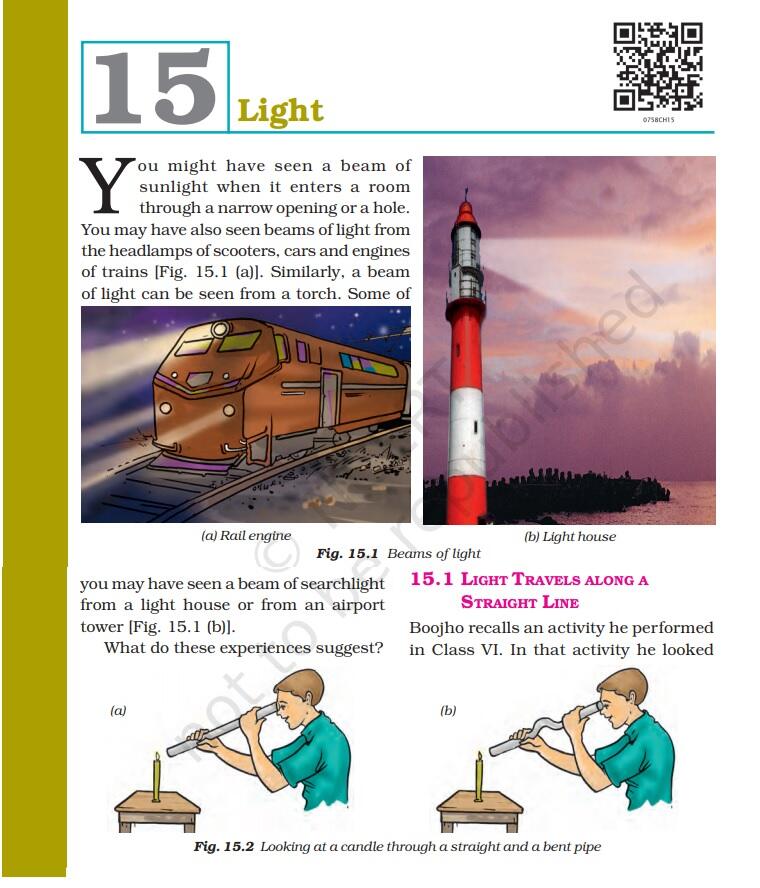 Important concepts of the chapter:

Important points of the chapter:

⇒ Any polished or a shining surface acts as a mirror.

⇒ An image which can be obtained on a screen is called a real image.

⇒ An image which cannot be obtained on a screen is called a virtual image.

⇒ The image formed by a plane mirror is erect. It is virtual and is of the same size as the object. The image is at the same distance behind the mirror as the object is in front of it.

⇒ A concave mirror can form a real and inverted image. When the object is placed very close to the mirror, the image formed is virtual, erect and magnified.

⇒ Image formed by a convex mirror is erect, virtual and smaller in size than the object.

⇒ A convex lens can form real and inverted image. When the object is placed very close to the lens, the image formed is virtual, erect and magnified. When used to see objects magnified, the convex lens is called a magnifying glass.