DU Admissions on Merit based cutoffs, No Entrance Exams For Undergraduate Courses

Delhi University has decided that it will not replace the current merit based cut-off system with entrance examination for admission to undergraduate courses in 2017. 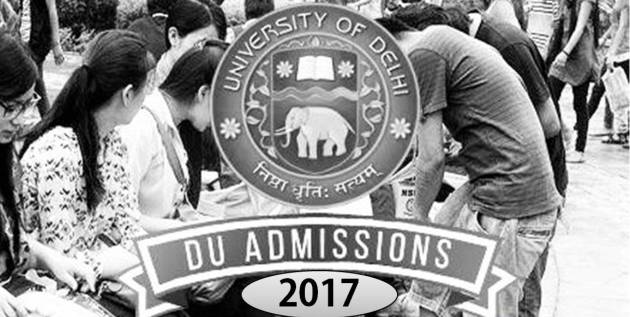 Delhi: The Delhi University kicked offs its admission process formally with the beginning of the early registrations. Putting minds of lakhs of aspirants, the University has confirmed that the current admission system which is based upon merit based cut-offs will not be replaced this year.

Earlier in the year, University's Standing Committee on Admissions had said that there might be introduction of entrance exams for all undergraduate courses and things like the nature of exam (subjective or objective) and its weightage were being discussed.

However, the University later informed Human Resource And Development Ministry that it will continue with the cut-off system for admissions.

No Entrance for New Courses

Offering clarification over the recent move, the varsity confirmed that this decision is applicable only for courses which did not admit students through entrance in the past. Courses like BMS, BBE, BBA, BTech, BA Humanities and Social Sciences, Bachelor of Elementary Education, Bachelor in Multimedia and Mass Communication and Bachelor of Science in Physical Education will continue to select students through entrance test as they had been doing so earlier as well.

A senior DU official, who is member of the admissions committee told PTI, "We had made certain recommendations but the varsity has decided not to go ahead with it as the plan requires more feasibility study before it is placed before the statutory bodies".

The HRD ministry also confirmed the news by saying, "DU has informed that it would continue with the admission process which was followed for various undergraduate courses last year. It is not introducing admission through entrance test in any course this year and there are no fresh guidelines in this regard".

In January, the admissions panel had said that introduction of entrance exams will prepone the admission process, which used to start by end of May, by two months.

In an attempt to make the process of registration smooth and easy, Delhi University has also decided to start registrations earlier than previous years to make it possible for students to fill the form and not be in a rush to get admission in their favourite colleges. Since the board results are announced late in May, they can fill the form and upload documents, and once the results are announced they can just fill their marks.

The admission process will happen online like last year and the students, after registering themselves on DU's admission portal, will be required to upload self-attested and scanned copies of their documents after following the instructions and then make the payment online.