How to approach Critical Reasoning Questions in CAT Exam?

For CAT exam aspirants, critical reasoning section demands time and attention and carries high difficulty level. In this article, few tips have been discussed to help the MBA aspirants crack the exam and score high percentile. 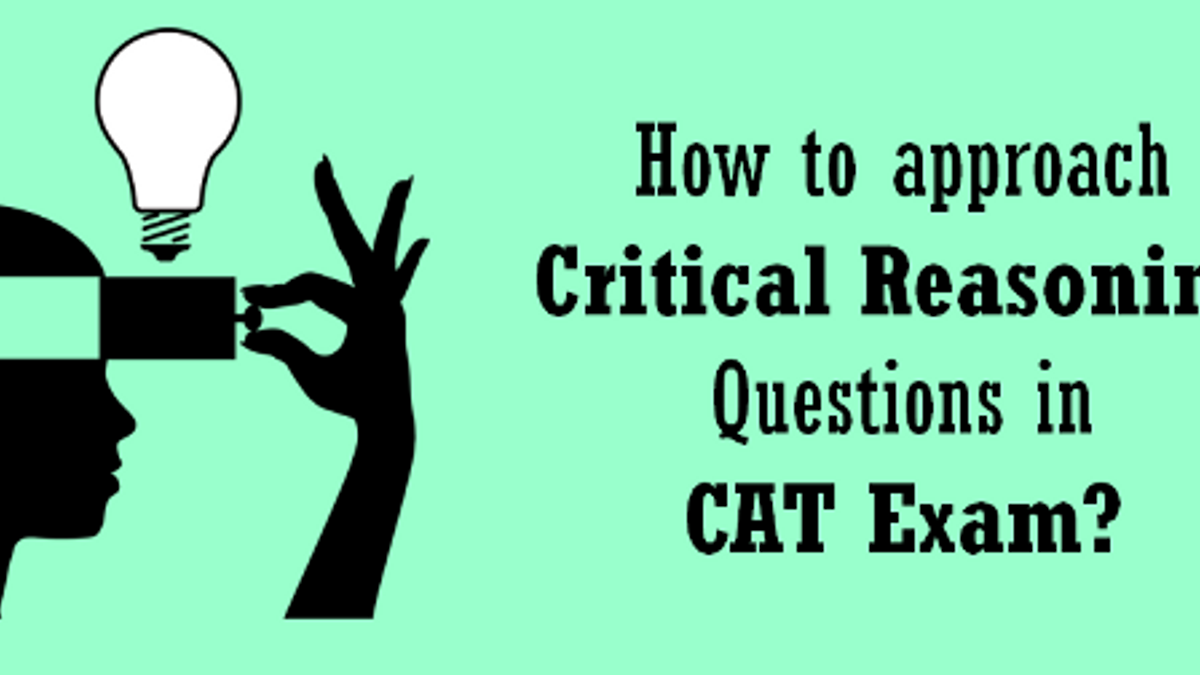 MBA Entrance Exams, especially CAT, include Critical Reasoning questions in various types and forms. Some types like FIJ (Fact Inference Judgement) have been more popular than the rest. As I often tell my online CAT coaching course students, in the Verbal Ability section – Critical Reasoning is probably the most important area after Reading Comprehension. You should easily expect 5-8 questions from this category in CAT 2017. Let us have a look at the various types of questions that we often put in the Critical Reasoning category. It will help you understand that underlying theme in a better way.

If you have a look at any of the above type of questions, you would notice the same thing. All of them give you some data initially and you need to arrive at a logical conclusion using some assumptions. Let us also look at some of the terms that are often involved in these questions. A lack of understanding of the basic terms often makes it hard for the students to grasp the solutions.

Premise: A previous statement or proposition from which another is inferred or follows as a conclusion. It is something which can be assumed to be true and conclusions can be and should be drawn from it. It forms the basis of the argument.

Someone who does not study cannot do well in CAT. Gaurav performed poorly and got only 62 percentile in the CAT 2015 exam.

Here the premise is “Someone who does not study cannot do well in CAT” and the subsequent argument is based on that premise.

Assumption: An assumption is something which could be true or false. It is a tool we use to further an argument considering that it is true.

If you look at the above premise and argument, no where it is explicitly mentioned that Gaurav did not study for the CAT exam but it is an assumption that we have made to further the argument. If we do not make this assumption the entire argument falls apart.

Inference: An inference is something that can be logically derived from the given data. These along with the assumptions can be used to further the argument and lead to a logical conclusion.

Conclusion: It is a final proposition which is derived after considering the premise, the assumptions, and the logical inferences.

In the case that is given above, Gaurav did not do well in CAT is the conclusion.

Let us look at some questions from previous year CAT papers to understand the concept better.

Although in the limited sense of freedom regarding appointments and internal working, the independence of the Central Bank is unequivocally ensured, the same cannot be said of its right to pursue monetary policy without coordination with the central government. The role of the Central Bank has turned out to be subordinate and advisory in nature.

Which one of the following best supports the conclusion drawn in the passage?

a) A decision of the chairman of the Central Bank to increase the bank rate by two percentage points sent shock-waves in industry, academic and government circles alike.

b) Government has repeatedly resorted to monetisation of the debt despite the reservation of the Central Bank.

c) The Central Bank does not need the central government’s nod for replacing soiled currency notes.

d) The inability to remove coin shortage was a major shortcoming of this government.

We hope these tips will help you answer the critical reasoning questions in CAT in a better way and you will not end up like Gaurav in the example mentioned above.

For more updates about the CAT Exam, you can register with us and get access to latest development about the MBA Exams.