The report contains a health index that ranked all the States and the Union Territories (UTs) on the basis of their performance on twenty four  indicators such as neo-natal mortality rate, under-five mortality rate, total fertility rate, sex ratio at birth, immunization coverage, and functional 24x7 public health centres. 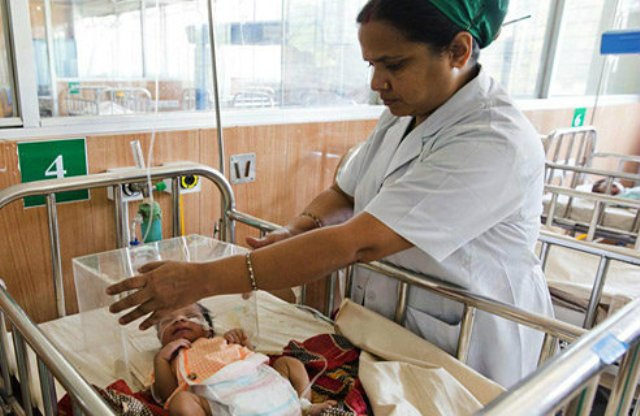 Recently, the National Institution for Transforming India (NITI) Aayog has released a comprehensive report entitled 'Healthy States, Progressive India'. The report contains a health index, Performance in Health Outcomes Index, that ranked all the States and the Union Territories (UTs) on the basis of their performance on measurable indicators such as infant mortality rate, sex ratio at birth and functional 24x7 public health centres.

The NITI Aayog has prepared this first-of-its kind  index with inputs from World Bank India and the Union Ministry of Health and Family Welfare (MoHFW).
For the benefit of IAS aspirants, we are providing the summary of the 'Healthy States, Progressive India' report. This will be helpful in 2018 Civil Services Preliminary exam, Main exam and the Personality Test.

• Among the smaller States, Mizoram and Nagaland are best performed and the worst performed States respectively.

• Among UTs, while Chandigarh and Lakshadweep are the top performers, Dadra and Nagar Haveli was the worst performer.

• There is a large gap in overall performance between the best and the least performing States and UTs.

The MoHFW has linked this index to incentives under the National Health Mission (NHM). This has underlined the importance of such an exercise. The results and analysis in this report provide an important insight into the areas in which States have improved, stagnated or declined.

The health index is also an important aid in understanding the heterogeneity and complexity of the nation’s performance in health. It is the first attempt by the Union Government at establishing an annual systematic tool for measurement of performance across States and UTs on a variety of health parameters within a composite measure.

In its first year, it may not have achieved perfection. However, it does set the foundation for a systematic output and outcome based performance measurement.

The report also calls for urgently improving the data systems in health, in terms of representativeness of the priority areas, periodic availability for all States and UTs, and completeness for private sector service delivery.

The following are some of the terms that are used in the report. The following explanations of important concepts will help aspirants in answering concept-based questions in prelims as well as main examination.

Neonatal Mortality Rate (NMR): It refers to the number of deaths of infants, who are of less than 29 days old, per thousand live births during a specific year. NMR reflects the quality of prenatal, intrapartum, and neonatal care services. This is an important indicator as approximately 68 percent of infant deaths in India occur during the neonatal period. The NMR is available for larger states and is the highest in Odisha and the lowest in Kerala.

Under-five Mortality Rate (U5MR): It refers to the number of deaths of children, who are of less than 5 years old, per thousand live births during a specific year. It depends several factors such as the nutritional status of children, health knowledge of mothers, level of immunization and oral rehydration therapy, access to maternal and child health services, income of the family, and availability of safe drinking water and basic sanitation services.

Total Fertility Rate (TFR): It is the average number of children that would be born to a woman if she experiences the current fertility pattern throughout her productive span (15-49 years), during a specific year.

Sex Ratio at Birth (SRB): The number of girls born for every 1,000 boys born during a specific year. In most States, SRB has declined between 2012 and 15), except for Bihar, Punjab and Uttar Pradesh where improvements in SRB were noted.

The report advised  States to effectively implement the Pre-Conception and Pre-Natal Diagnostic Techniques (PCPNDT) Act, 1994 and take appropriate measures to promote the value of the girl child.