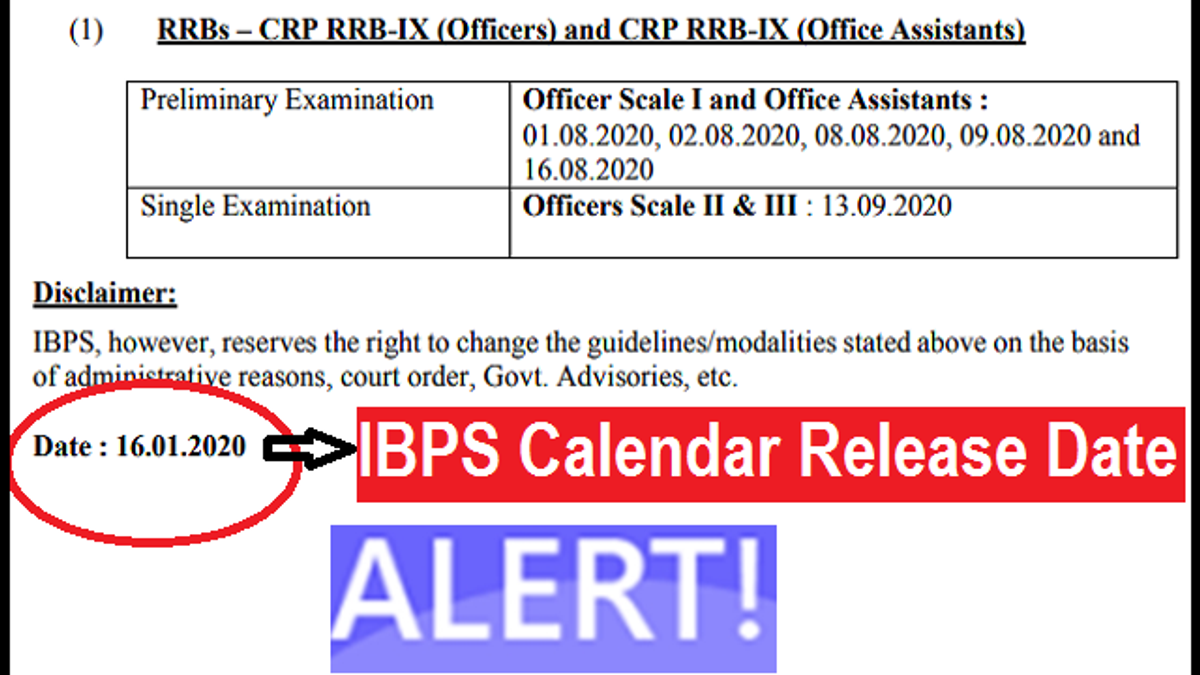 IBPS Calendar 2020 News: Institute of Banking Personnel Selection (IBPS) has not yet released the revised calendar or exam dates for the recruitment of IBPS RRB, IBPS PO, IBPS SO & IBPS Clerk 2020. The news of IBPS Revised Calendar have been doing rounds on the internet lately. However, IBPS has officially not released the new or revised exam calendar on its website ibps.in. The IBPS Calendar 2020 available on the website is a tentative one and was released on 16th January 2020. In this article, we have shared below the official calendar dates of the IBPS PO/Clerk/RRB/SO 2020 exams along with the details of these exams. Candidates who want to appear for IBPS Recruitment 2020 exams this year should go through these important details below.

The tentative calendar of the IBPS mentions the dates of Prelims and Mains exams for IBPS PO, Clerk, RRB and SO. The IBPS generally announces the dates of the exams in the beginning of year so that candidates get ample time to prepare for the bank exams. The IBPS RRB Prelims exam for Officer Scale I and Office Assistant has been scheduled to be held in August 2020, the notification of which is expected to release by the end of June 2020 or July beginning.

Go through the exam dates of all IBPS PO/Clerk/RRB exams below:

When was the IBPS Calendar 2020 released?

Has IBPS announced new or revised exam dates or calendar?

No, as of now, the IBPS has not announced new exam dates. However, it is highly expected that the revised IBPS Calendar might release soon due to COVID-19 pandemic.

When will IBPS RRB Notification 2020 release?

The IBPS RRB Notification 2020 is expected to release by the end of June 2020.