The Hindu: India and Turkey Relations

The Turkish President Recep Tayyip Erdogan was on two-day official visit of India. Both the countries have pledged to improve their bilateral ties in the field of economic, political, diplomatic etc. India and Turkey’s relations as a topic of international relations are very important for IAS Exam. The IAS aspirant should not skip to study during IAS preparation. 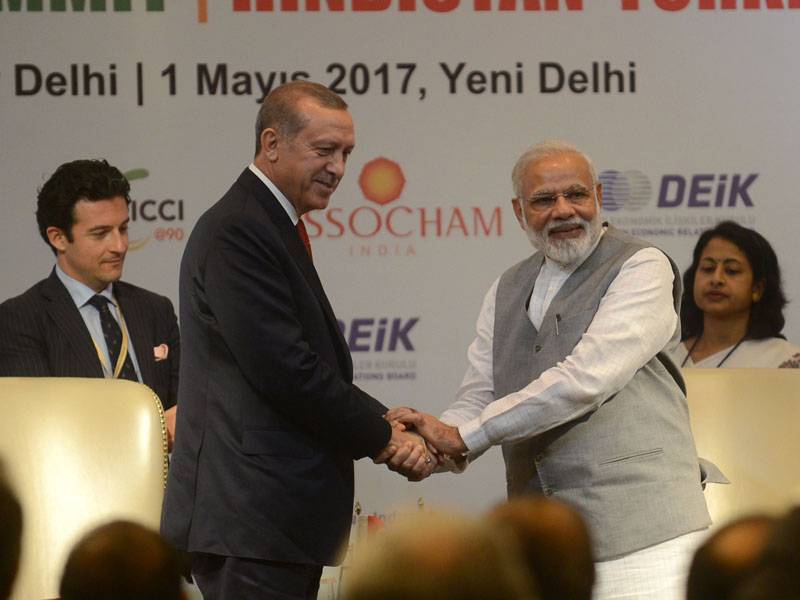 The Turkish President Recep Tayyip Erdogan during his two-day official visit to India determined to enhance bilateral relations with India and will take measures to ensure this. This is the first kind of trip at the presidential level from Turkey to India in the last seven years. While welcoming the Turkish President, the Prime Minister of India has emphasised the importance of bilateral ties between the two countries. The IAS aspirant must prepare this topic during IAS preparation and it can be asked in IAS Mains Exam 2017.

During the bilateral talks between the leaders of both the countries discussed the key issues covered the efforts to boost bilateral ties, fight against terrorism, the deterrence of Gülenist Terror Group (FETÖ) activity in India and India’s membership of the Nuclear Suppliers' Group (NSG).

On combating terrorism in any form

The Hindu Crux: Aadhaar and the Right to Privacy

On India's membership of the MTCR

In the last few years the bilateral trade between India and Turkey has been declining. This particular visit of Turkish President to India will revamp the old ties between these two countries. While elaborating their own capacities, the Turkish President has expressed his cooperation in various fields to India seems quite encouraging for India. India should look forward to maintain the ties between the two nations and explore the areas where these two nations can gain from each other.