Key Initiatives of Government in the Energy Sector

We have provided the key initiatives of the current government in the energy sector. Such initiatives are very important for IAS Exam because topics based on such initiatives can be asked the IAS Prelims as well as in IAS Mains Exam. 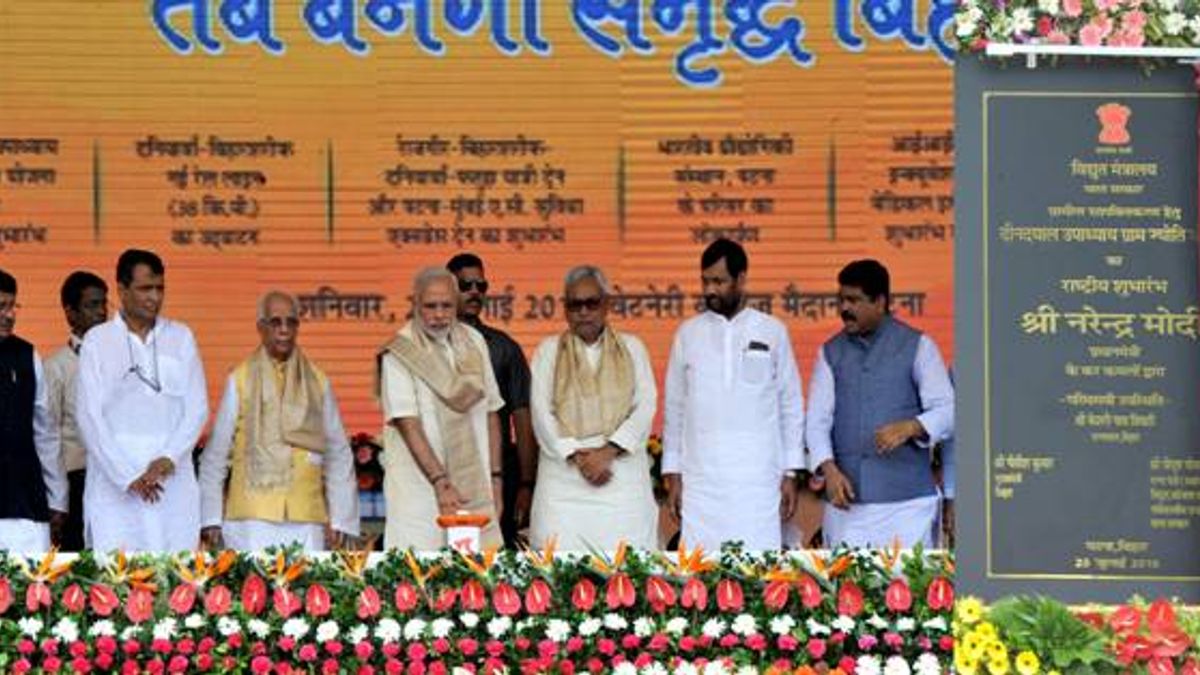 Key Initiatives of Government in the Energy Sector

So, here, for the convenience of the IAS aspirants, we have compiled all the initiatives of the government at one that can be beneficial for the IAS Exam.

Deendayal Upadhyaya Gram Jyoti Yojana was launched by Prime Minister Narendra Modi on 25th July 2015 in Patna. The DDUGJY is one of the flagship programmes of the Ministry of Power and will facilitate the 24x7 supply of power.

• Launched with an initial allocation of Rs. 500 crores to ensure power supply to the rural poor.

UJALA (Unnat Jyoti by Affordable LEDs for All)

Ujala Scheme was launched by Prime Minister Narendra Modi in 2015 a target to distribute 770 million LEDs by March 2019 across 100 cities to the largest LED distribution program in the world. The program aims to rectify India’s high cost of electrification and the increased emissions from inefficient lighting, amidst the backdrop of electricity demand witnessing a 5-fold increase over the coming years.

• Reduction in Carbon Dioxide Emission up to 28.67 MT/year

• Reduction of cost of generation of power

Features of the Scheme

• The most comprehensive power sector reform ever, with turnaround DISCOMs though efficiency improvements.

• UDAY web portal has been created as a transparent monitoring mechanism

• Distribution of LEDs under UJALA: 100%

The Prime Minister, Shri Narendra Modi launched the Pradhan Mantri Sahaj Bijli Har Ghar Yojana - Saubhagya, at Deendayal Urja Bhawan, in New Delhi on September 25, 2017. The scheme is to provide energy access to all (rural as well as urban areas) by last mile connectivity and electricity connections to all remaining un-electrified households in rural as well as urban areas to achieve universal household electrification in the country.

• The outlay for the urban households - Rs. 2,295 crores, with GBS of Rs. 1,732.50 crores. The Government of India will provide largely funds for the Scheme to all States/UTs.

The States and Union Territories are required to complete the works of household electrification by the 31st of December 2018. For the easy & accelerated implementation of the Scheme, modern technology shall be used for the household survey by using Mobile App.

• Transparent e-auction of 31 coal blocks and allocation of 51 blocks under the Coal Mines (Special Provisions) Act, 2015

• Potential revenue to Coal bearing States around Rs 3.94 lakh crores over the life of the mine/lease period

Give it up Campaign

Domestic LPG is heavily subsidized by the Government of India and every cylinder that we use in our kitchen carries a substantial subsidy. This translates to a huge annual subsidy burden on the Government, draining precious resources which otherwise could have been used in developmental activities. Subsidy on domestic LPG instead of being universal needs to meet the needs of the truly needy citizens. Fortunately, many able and aware citizens are not in favour of subsidies and would rather pay the full price for the products and, thereby they also make a personal contribution towards nation-building. There is a need to spread this message. Accordingly, the Government has launched the ‘#GiveItUp’ campaign which is aimed at motivating LPG users who can afford to pay the market price for LPG to voluntarily surrender their LPG subsidy.

The foundation stone of Urja Ganga was laid by Prime Minister Narendra Modi. It is an ambitious gas pipeline project programme of the government in Varanasi Uttar Pradesh. The project aims to provide Piped Cooking Gas (PNG) to the households of the eastern regions of the country and the CNG for the vehicles. The project is being implemented by state-run gas utility GAIL. It envisages laying a 2,050-km pipeline connecting Jagdishpur (UP) to Haldia (West Bengal) by 2018.

• Will cater to energy requirements of five states, covering 40 districts and 2,600 villages