Check NCERT Solutions for Class 7th English An Alien Hand Textbook. Students of Class 7 can check NCERT solutions for all the questions of Chapter 7: Chandni 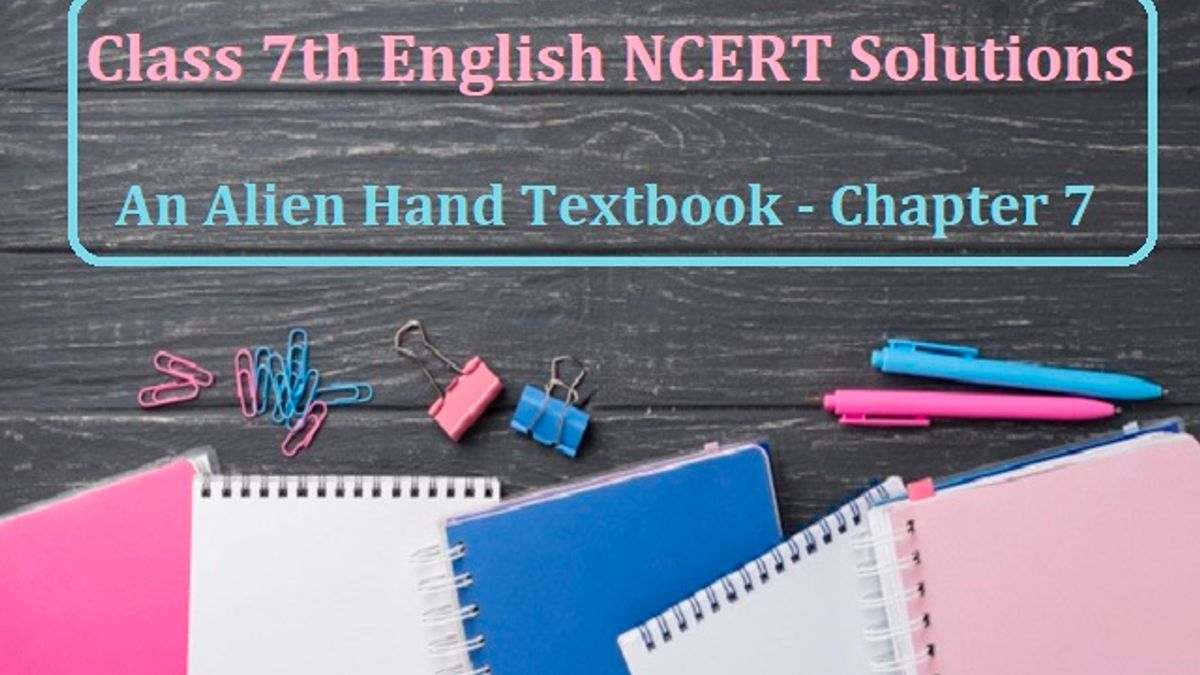 In this article, we have provided Class 7th NCERT Solutions for Chapter 7 from the English Alien Hand Textbook. Abbu Khan who kept goats as pets. He loved his goats, but they left him one by one. He bought a young pretty goat and called her Chandni. The NCERT solutions of this chapter have been provided after a detailed analysis of the latest syllabus issued by CBSE. Students of Class 7th can study the answers provided here to score well in their school exams.

Ques: Why did Abbu Khan’s goats want to run away? What happened to them in the hills?

Answer: Abbu Khan’s goats wanted to run away in order to enjoy the freedom of movement and eat green grass. But they were killed and eaten up by a wolf in the hills.

Ques: Abbu Khan said, “No more goats in my house ever again”. Then he changed his mind. Why?

Answer: Abbu Khan had a sad experience with his several pet goats. They all ran away to enjoy freedom. So he decided not to take any more pets. But he changed his mind because he felt very lonely.

Ques: Why did he buy a young goat?

Answer: Abbu Khan bought a young goat thinking that it would stay with him much longer.

Ques: Why did Chandni hate the rope round her neck?

Answer: Like other goats, Chandni too missed the hills and longed for freedom. She was not afraid of the wolf. Abbu then put a rope around her neck and shut her in a small hut. Chandni could not help running towards the lovely hills. The rope pulled her back. So she hated it.

Answer: Chandni’s problem was that she hated imprisonment. The hills called her. She was not frightened of the wild wolf. Abbu understood her problem and her love for freedom.

Ques: Abbu Khan pushed Chandni into a small hut. This shows that he

(ii) loved her and wanted to save her life.

Answer: (ii) loved her and wanted to save her life.

Ques: Why did Chandni refuse to join the group of wild goats?

Answer: Chandni rejected the offer because she wanted to enjoy her new freedom all by herself.

Ques: Chandni fought the wolf because she

(i) was stronger than the wolf.

(iii)had to retain her freedom at all costs.

Answer: (ii) had to retain her freedom at all costs.

Ques: Why did the wise old bird say, “Chandni is the winner”?

Answer: The wise old bird declared Chandni the winner because she struggled to her last breath to retain her freedom.

Ques: “Death in an open field is better than life in a small hut,” Chandni said to herself. Was it the right decision? Give reasons for your

Answer: Chandni’s decision to enjoy free movement in the open fields rather than living in a small hut was right. No sacrifice is too great for winning freedom.

Ques: Freedom is life. Discuss this with reference to “Chandni” and “I want something in a Cage.”

Answer: It is indeed very true that slavery is a virtual death. Chandni, the goat, expressed her love for freedom by sacrificing her life. She fought a wolf boldly.

In the story I want something in a, cage, this love for freedom is expressed through 1 a prisoner who spends all he had in order to buy freedom for a pair of birds.