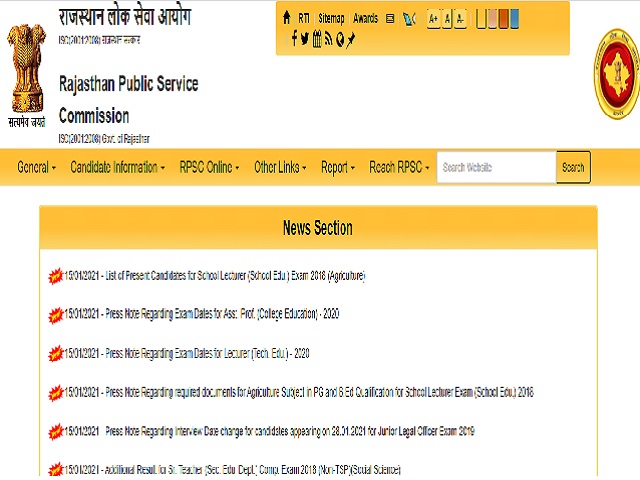 RPSC JLO Interview 2021: Rajasthan Public Service Commission has released an important notice regarding the interview to be held on 28 January 2021 at its official website. According to the notice,  the interviews to be held on January 28 will now be conducted on February 1.

Earlier, The commission had scheduled the interview for recruitment to the various posts of Junior Legal Officer (JLO) between 11 January to 29 January 2021 at the state. Accordingly, the new date has been postponed for the interview to be held on 28 January due to general elections in the State. However, there is no change in the schedule of the remaining interviews.

Rajasthan Public Service Commission had already issued an interview letter (Admit Card) on January 4 for the posts of Junior Legal Officer. Candidates who have yet not downloaded the interview letter can download their admit cards through the official website, rpsc.rajasthan.gov.in.

Now, the Rajasthan Public Service Commission (RPSC) is going to conduct the interview for the posts of Junior Legal Officer from 11 January to 1 February 2021. Candidates who were declared successful in the written examination will be able to appear in the interview.

RPSC Junior Legal Officer CBT 2020 was conducted on 26 and 27 December 2019 at various examination centres across the state and its official answer keys were released on 24 January 2020. The RPSC JLO CBT Result 2020 were announced on 9 May 2020. The list of the selected candidates for an interview can be checked on the official website.