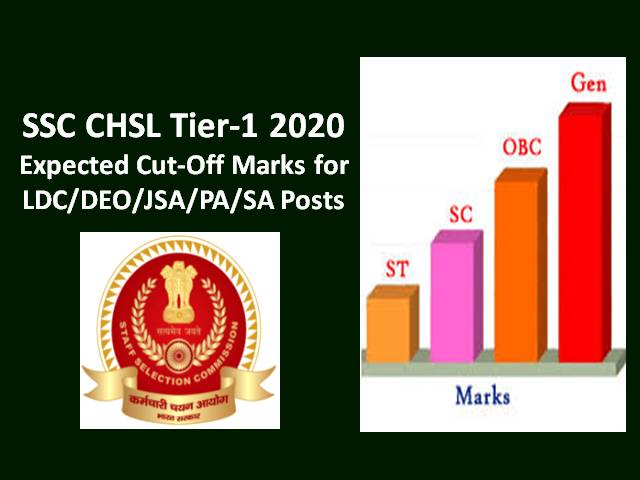 The candidates’ Response Sheet along with the Tentative Answer Keys are now available on the link given below.

SSC CHSL Tier-1 2019-20 Exam consisted of total 100 questions of 2 marks each in the Objective MCQ Format. The difficulty level of the questions in the exam was of ‘Easy to Moderate’ level. Also, there was a negative marking of 0.5 marks for wrong answers.

Staff Selection Commission (SSC) will normalize the scores of candidates who appeared in the SSC CHSL 2019-20 Exam. As the exam was conducted in multi-shifts from to 12th to 26th October & 17th to 19th March 2020, the normalization method will take into account any variation in the difficulty levels of the question papers across different shifts. The raw marks obtained by the candidates in different sessions will be converted to normalized marks for fair assessment and selection process.

After clearing the cut-off marks, students are advised to look at the below points for further selection procedures: