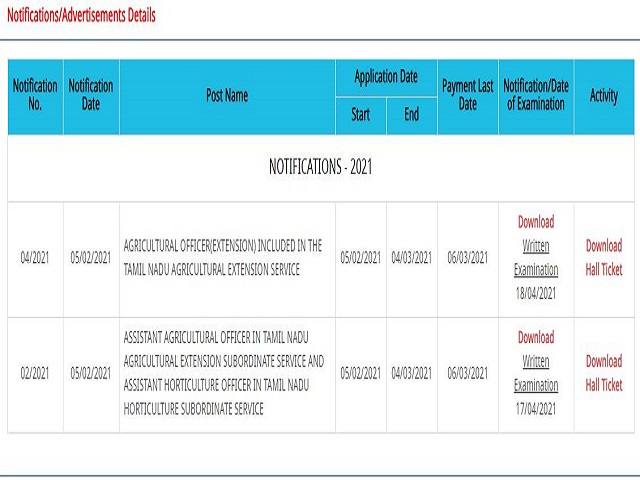 TNPSC AO Hall Ticket Link is given below. The candidates can download TNPSC Admit Card, directly, from the link given below:

How to Download TNPSC Hall Ticket for AO, AAO and AHO Posts ?

Candidates who qualify in the written exam will be called for Oral Test in the shape of an interview. Final selection will be done on the basis of marks obtained in written examination and oral test taken together.