This part of the article will guide students who have cleared their class 12 board exams to pick up the most attractive and well-paid careers according to their aptitude and interest.

This part of the article will guide students who have cleared their class 12 board exams to pick up the most attractive and well-paid careers according to their aptitude and interest.

In the third part of the five article series, we shared 10 career options for students which they can pursue after school. In this fourth part, we will discuss 10 more career options such as Biotechnology, Information Technology (IT), Electronic Media, Travel and Tourism, Engineering, etc.

The series will give you a good understanding of the market and also help you in selecting the jobs that are most suitable for you.

Even though Biotechnology is a new field of study, it is fast becoming a vital part of the field of medicine. Biotechnology deals with medicinal drugs, pharmaceuticals and associated fields. 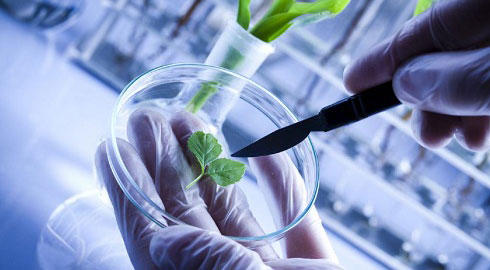 Biotechnology is mainly catering to industrial use and with its effectiveness; it is fast gaining popularity among the industry players. It is mostly research based field and with so many industries in the market, it is very much in demand. Professionals and experts in Biotechnology are well paid and their career path is also widespread. Apart from India, there is a huge demand for Biotechnology professionals in foreign countries.

How many times have we heard about Information Technology (IT) being the driving force across all domains and fields? The IT growth started just as we were moving to the 21st century and since then it has grown and expanded phenomenally. 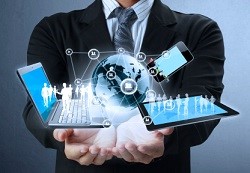 In fact, India is considered as the main producer of the most efficient and capable IT professionals who have made an immense contribution to the development of many countries, including superpowers like the USA, Canada, and many European countries.

It is very highly paying and rewarding career with many other benefits. You can enrol in a recognised institute and study the course which is most suitable or which is predicted to be very high in demand in future.

Electronic Media deals with Television and Radio and is one of the most popular choices for students as it involves good money and fame as well. Right from being a news anchor to a radio jockey, producer, director, sound engineer, a/v editor, programmer, writer and many other roles the field has many careers to offer. 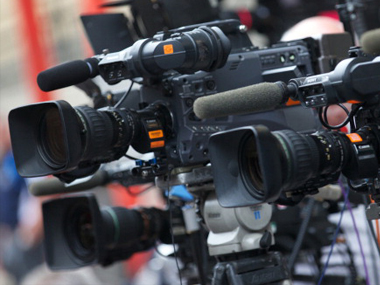 Since satellite television made its foray in India, the number of TV channels has grown up significantly and more and more programmes and serials are being made. Hence, there are a lot of opportunities. Radio has also taken a giant leap, especially with the FM channels. FM channels also make new programmes and look out for new professionals. Both TV and radio have opened multiple career opportunities with lucrative remuneration as well as name and fame.

India has become the favourite destination for tourists from across the world. With its vast cultural heritage and history, combined with stellar economic and infrastructural development, Travel and Tourism play the key role in managing the tourists and visitors from abroad as well as local ones.

Travel and Tourism industry also contributes a lot to the foreign exchange reserves of the country. Many reputed colleges and institutes are offering courses in this field. You can select the one that is most suitable and make a great high paying career.

You can go for undergraduate as well as postgraduate courses in your desired field and offers from clients will start pouring in. Engineering is a specialised field hence engineers are paid high amounts apart from many benefits.

Medicine broadly deals with the field of healthcare and involves mainly physicians, surgeons and other professionals who are well-trained experts in various fields of medicine and healthcare. A career in medicine is not only very satisfying but also well-paid and respectable.

It also offers many growth opportunities and can be practised around the world, hence giving opportunities to make a career in India as well as abroad.

We are very familiar with this field and no introduction is required to define Nursing. We have seen nurses and other attendants at hospitals and nursing homes. Along with the doctors nurses too play very important part in the treatment and recovery of a patient.

After completing your programme of study you will be given on field exposure to the working conditions and requirements of a nurse. This will help you immensely in preparing for the future role. Nurses earn a decent amount apart from various benefits, respect, and love and affection of the patients they look after.

India is the number one milk-producing country in the world according to the reports and contributes a whopping 9.5 percent in global milk production. Given this distinction, India offers many opportunities in dairy industry as it adds growth to national as well as global economy.

Apart from local consumption, milk and milk products are exported to other countries as well, thus earning foreign exchange.

You can take up a programme in dairy technology and get hired by the organised sector which is primarily under the government. You can get a good starting income plus perks and with time and experience improve your prospects further.

India is a country which has relied on agriculture for many centuries, and even in the 21st century, a major portion of the population is engaged in farming. In fact, agriculture accounts for a major share of livelihood for both the producers as well as consumers of the farm yield.

Agriculture industry depends on the demand and supply factor. Since the crops are harvested during different seasons and regions, a specialised workforce is required to look after the timely and effective execution of projects that cater to specific crops and areas depending upon the season. This is where the agriculturist provides valuable inputs to make sure there is no shortage of various components required by the farmers and the produce is maximum.

New and better scientific methods are being used to improve the entire structure and standard of living of the farmers. An agriculturist is very much in demand by the farming sector and is paid handsomely.

Architecture is one career that hardly gets outdated or faces any slump. Buildings are getting constructed at a fast, non-stop rate and hence the need of architects is always there. As an architect, you will plan and design how a building will look. This includes residential, commercial, government, private, indoor and outdoor projects among others. The architect gives shape to the dreams of the client and their job is highly taken into account.

An architect drafts a rough layout and improves it further until it meets the standards set up by the government rules. This job is very lucrative and commands respect as well as reputation.

This is the fourth part of our five-part series. The fifth and last part will follow soon.