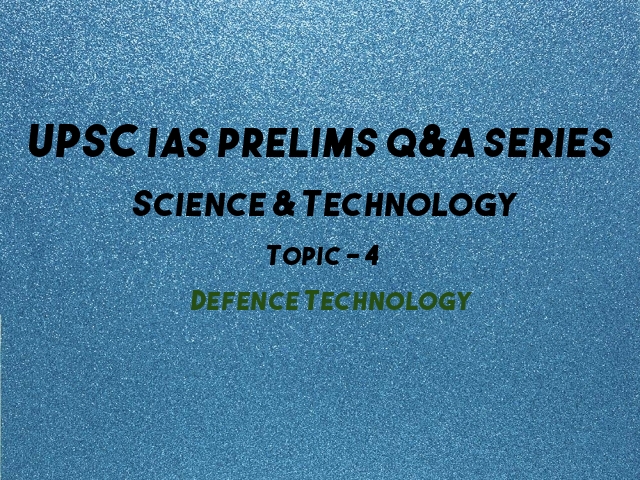 Defense is an important and dynamic section in the UPSC Prelims & Mains exam syllabus. Since DRDO plays a major part in the country’s defence mechanism, it is a very significant topic for IAS aspirants. Each year 2-3 questions are being asked directly or relatively from this topic.  This makes it important to be studied for the UPSC IAS Prelims as well as mains exams. To help the students revise all the information related to the topic, we have provided a list of 10 questions that can be asked in the UPSC IAS Prelims 2021 exam.

Ques 1: Consider the following statements regarding Smart Walls For Borders:

Ques 2: Which of the following is correct about Global Positioning System?

Select the correct option/options given below:

Ques 5: Which of the following Anti-Submarine Warfare has been recently inducted into the Indian Navy at the Naval Dockyard in Eastern Naval Command (ENC), Visakhapatnam.

Ques 6: Rudram-1, successfully tested by DRDO is a:

Ques 8: Which of the following Indian Islands was recently named as APJ Abdul Kalam Island:

Ques 10: Which of the following is not part of the Integrated Guided Missile Development Program?