Directed by Lijo Jose Pellissery, Jallikattu revolves around a bull that escapes from  a slaughterhouse in a hilly remote village on the eve of its schedule slaughter and an entire tribe of men coming together to stop the bull. 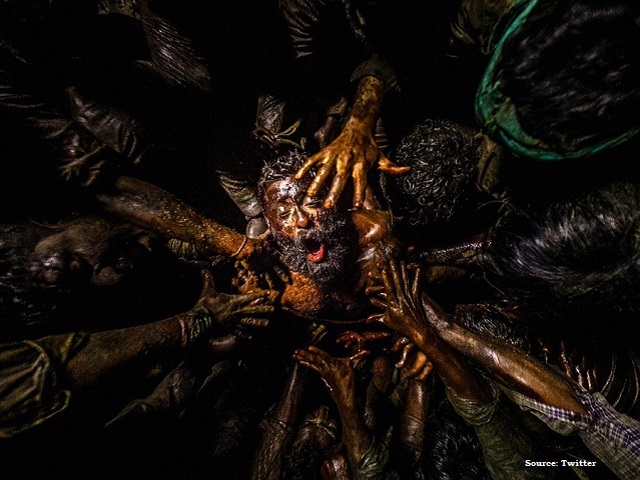 93rd Academy Awards: Malayalam film Jallikattu has been selected as India's official entry for Oscars in the foreign-language film category. The film was unanimously chosen among 27 entries across Hindi, Marathi and other languages.

Directed by Lijo Jose Pellissery, Jallikattu revolves around a bull that escapes from a slaughterhouse in a hilly remote village on the eve of its scheduled slaughter and an entire tribe of men coming together to stop the bull.

•Jallikattu's selection as India's entry in the International Feature Film category at the 93rd Academy Awards was announced by the Film Federation of India (FFI) on November 25, 2020.

•A total of 27 films were in the race to be selected including films from Hindi, Malayalam and Marathi languages.

•Rahul Rawail, Jury Board Member of the Film Federation of India announced Jallikattu as the jury's nomination to represent India at Oscars.

•He said that it is a film that brings out the raw problems which are there in human beings, that is we are worse than animals.

•The other films in the race included titles such as The Sky is Pink, Chhapaak, Chhalaang, Gulabo Sitabo, Shakuntala Devi, Eeb Allay Ooo!, Bulbul and the internationally-celebrated feature, The Disciple.

The film's director Lijo Jose Pellissery had won the best director trophy at the 50th International Film Festival of India in 2019.

Huge congrats to #LijoJosePellissery and the entire team of #Jallikattu 😊 #TheBeginning 🤞🏼🙏 pic.twitter.com/XH2V2JF1rN