Asian Wrestling Championships 2021: India with 14 medals finished third in the medal tally, behind Iran and Kazakhstan which topped the 34th edition of the Championship with 17 medals each. 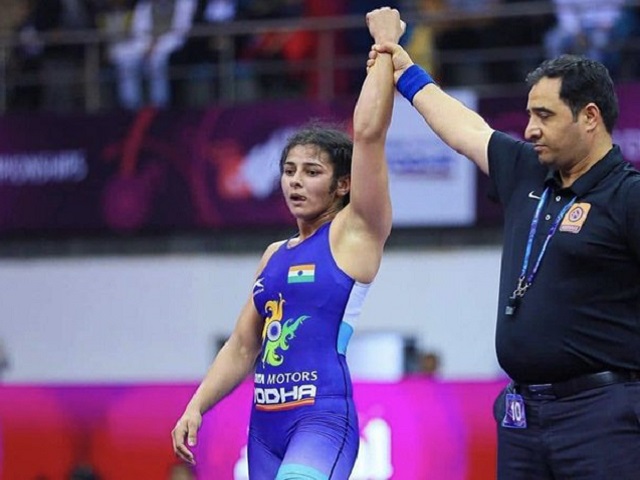 India with 14 medals finished third in the medal tally, behind Iran and Kazakhstan which topped the 34th edition of the Championship with 17 medals each.

•Sarita Mor clinched the first gold medal for India at the Championships by defending the women's 59 kg title.

•The 25-year-old wrestler from Haryana made a spectacular comeback in the final stages of her final bout with Mongolia's Shoovdor Baatarjav to score 9 straight points, taking the final score to 10-7. She had been lagging by 1-7 after a botched-up challenge but she managed to turn it around in the final stage.

•Sakshi Malik, who was competing in 65kg after missing her claim in her usual 62kg weight category, also had to settle for the silver medal.

•Vinesh Phogat has had seven podium finishes at the Asian Championships over the years, including three silver medals.

In the 2020 edition of the championships, India had finished third with a total of 20 medals, including 5 gold, 6 silver and 9 bronze. Japan had topped the Medal Tally with 8 gold, followed by Iran at second place with 7 gold medals.