Bajrang Punia was ranked at the second spot in the world rankings before the beginning of the Matteo Pallicone Ranking Series. 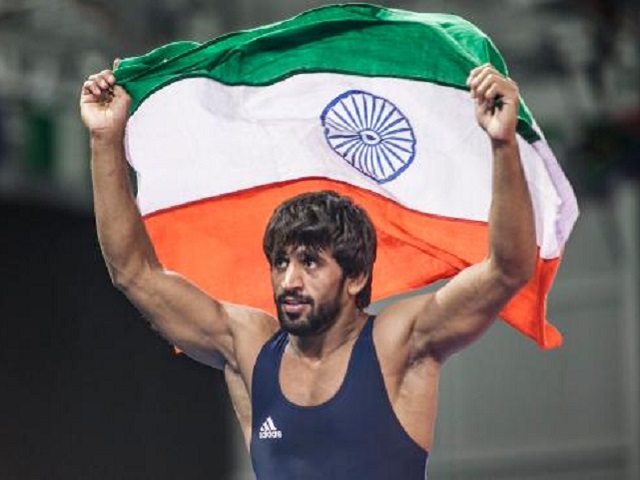 Punia defeated Tulga Tumur Ochir from Mongolia 2-2 by criteria in the 65kg freestyle event final in Rome on March 7, 2021. He won after getting a two-pointer in the last 30 seconds of the bout.

This was Punia's first international competition since the COVID-19 pandemic.

•  Bajrang Punia was ranked at the second spot in the world rankings before the beginning of the Matteo Pallicone Ranking Series.

•  His deserving win, however, helped him regain the top spot in the 65 kg weight category with 14 points.

•  The 27-year-old made full use of the tournament before the long-awaited Tokyo Olympics 2021.

In 2020, the Indian wrestler had defeated USA's Jordan Oliver in the final to clinch the gold medal at the tournament.

Punia had reserved his place in the Tokyo Olympic Games in September 2019 after clinching bronze at the World Championships.

The Tokyo Olympics, which were postponed due to COVID-19 outbreak will now take place from July 23-August 8, 2021.