The 27-year-old reserved her spot in the Tokyo Olympics through the Adjusted Official Ranking (AOR) method. 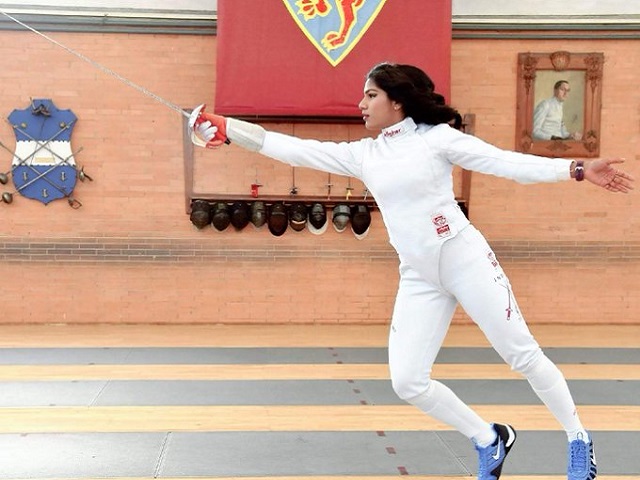 Bhavani Devi created history on March 14, 2021 by becoming the first Indian fencer to qualify for the Olympics.

The 27-year-old reserved her spot in the Tokyo Olympics through the Adjusted Official Ranking (AOR) method.

The much-awaited tournament will go on floors from July 23rd and will conclude on August 8, 2021.

Union Sports Minister Kiren Rijiju took to Twitter to congratulate the Indian fencer. He stated that she has become the first-ever Indian fencer to achieve the feat.

The 1st ever fencer from India to qualify for the @Olympics in women’s individual sabre, Bhavani Devi is trained by our SAI coach Sagar Lagu in SAI Training Center, Thalassery and actively supported by @GoSportsVoices
Thank you @DeepthiBopaiah and team! https://t.co/iNdhm7qhhx

•Bhavani Devi has become the first-ever fencer from India to qualify for the Olympics in women’s individual sabre.

•She has been trained by SAI coach Sagar Lagu in SAI Training Center, Thalassery.

•The Tokyo Olympics were originally scheduled to be held last year but they were postponed to this year due to the COVID-19 pandemic.

•He further stated that "Tokyo remains the best prepared Olympic city ever and at this moment, we have no reason to doubt that the Opening Ceremony will take place on July 23rd."