Biden-Putin Summit Key Highlights: I did what i came to do, says President Biden

Biden-Putin Summit Key Highlights: The Russian President was the first to deliver a solo press conference following their talks and said there was "no hostility" on either side. Putin called Biden a "very balanced, professional man." 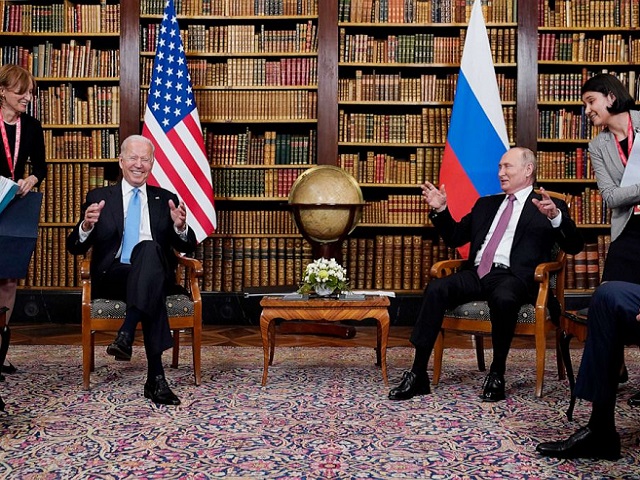 This is Biden's first meeting with Putin after he took oath as President of the United States. He has become the fifth US President to meet the Russian President. The meeting comes at a time when the US-Russia relationship is at one of its lowest points.

Tight smiles and a firm handshake preceded the chaotic photo op of both world leaders, in which Russian security pushed American reporters. This was followed by three-and-a-half hours of tense talks. Biden had earlier spoken and met with Putin in 2016.

US President Joe Biden gifted the Russian President a pair of Aviator sunglasses and an American Bison crystal sculpture, keeping up with the traditional custom of American Presidents when they meet a foreign leader for a major summit meeting.

How did the Summit go?

• The US President called the summit positive saying, 'I did what I came to do'.

• The Russian President was the first to deliver a solo press conference following their talks and said there was "no hostility" on either side. Putin called Biden a "very balanced, professional man."

• He said that their meeting took place in a constructive spirit and they were able to arrive at assessments on a number of issues, but both sides expressed their intention to understand each other and to seek common ground. "Talks were quite constructive," Putin concluded.

• Biden in a press conference later said, "President Putin and I -- share a unique responsibility to manage the relationship between two powerful and proud countries, a relationship that has to be stable and predictable."

• He continued by saying that they should be able to cooperate where it's in their mutual interest. Biden said that he told Putin that his agenda isn't "against Russia or anyone else" but "for the American people."

How did the leaders respond when they were asked if they could trust the other?

The US President said, "it's not about trust." He continued by saying it is about self-interest and verification of self-interest.

The Russian President said that between presidents "family-style trust" isn't possible -- but, said, there "were flashes of it."

What did the leaders discuss?

• President Joe Biden said that he had raised a range of issues with Putin, including Ukraine, human rights, press freedoms and election interference.

• He said that he told President Putin that they need to have some basic rules of the road that they can all abide by.

• The Russian President dismissed the topic of the ongoing Russian military aggression toward Ukraine, saying it's not the business of the US. He said that just like the United States carries out exercises on their territory, we are carrying out exercises.

• He also strongly opposed the idea of Ukraine joining NATO, saying it was "nothing to discuss here."

• The discussions also included tense talks over the imprisoned Russian opposition leader, Alexei Navalny. Putin said that the man knew he was breaking the law of Russia.

• Neither leader reportedly invited the other to either Washington or Moscow. Putin said that the conditions need to be right for that to happen.

• The leaders, however, agreed to send their ambassadors back to Washington and Moscow, respectively, to deescalate tension between the two nations.

• Biden also reiterated that there were no direct threats in his meeting with Putin.

• Cybersecurity was one of the top priority on the US government's agenda. Both leaders agreed to "consultations" on the subject. The leaders agreed to task experts on cyber attacks in both countries "to work on specific understandings about what's off-limits and to follow-up on specific cases that originate in other countries."

• The Russian leader accepted no responsibility for cyberattacks on the US or for anything else, despite US intelligence indicating otherwise.

• The leaders also discussed regarding two US Marine veterans jailed in Russia, Trevor Reed and Paul Whelan. The Russian President informed that the countries might be able to find a compromise on the same.

• Biden said Putin raised the issue of withdrawal of US troops in Afghanistan. In the middle east, Biden said that they both agreed it is in the interests of both nations not to let Iran acquire nuclear weapons.

Can the meeting be called successful?

While both leaders called the meeting positive, Biden did not claim that he got Putin to commit to changing his behavior. Biden stressed that he raised serious concerns during the summit and warned of consequences.

Biden did signal that he thought the face-to-face meeting in itself a success. He had earlier said that it would take "six months to a year" to see if the US and Russia "have a strategic dialogue that matters."

Putin said that their talks were pragmatic. He said that it seemed to him that they did speak the same language.