The dearness allowance/ dearness relief for central government employees and pensioners has been hiked by 5 percent. 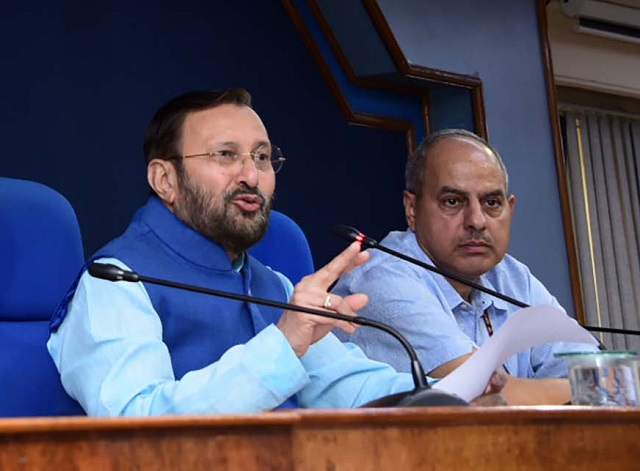 DA hike: The Union Cabinet has approved a 5 percent hike in the dearness allowance (DA) provided to central government employees and dearness relief (DR) to pensioners with effect from July 1, 2019.

The announcement was made by Union minister Prakash Javadekar during a press meeting on the discussions taken by the Cabinet. The Union Cabinet was chaired by PM Narendra Modi.

Javadekar stated that the 5 percent hike in DA is the highest ever that has been done in one go in the central government. This increase has been done in accordance with the 7th central pay commission recommendations.

The main purpose behind releasing additional dearness allowance to the central government employees is to compensate for price rise. The 5 percent hike will be over the existing rate of 12 percent of the basic pay/ pension. Hence, the DA has been increased from 12 percent to 17 percent of basic pay. 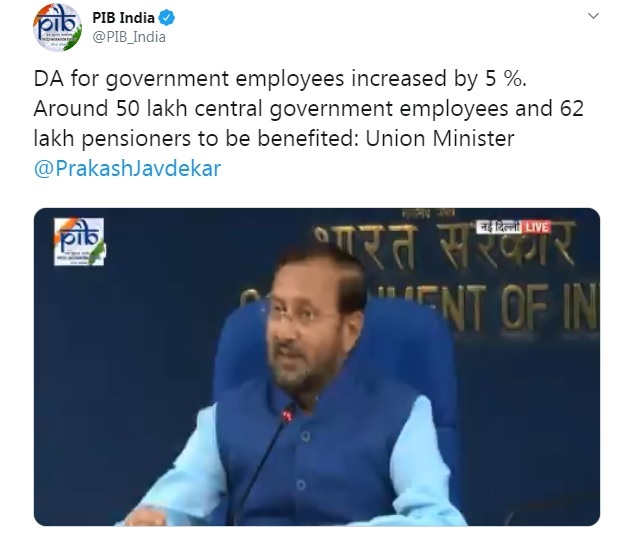 Who will benefit from DA hike?

The DA hike is expected to benefit around 49.93 lakh central government employees and 65.26 lakh pensioners.

What will be the financial implication of the DA hike?

The additional financial implication of the DA hike is estimated to be around Rs 8590.20 crore annually and Rs 5726.80 crore in the ongoing fiscal years of 2019-20.

The additional financial implication due to the increase in the Dearness Relief provided to pensioners is estimated to be around Rs 7319.15 crore annually and Rs 4870 Crore in the current financial year.

Who are the beneficiaries of dearness allowance and dearness relief?