China, which had a strict one-child policy since 1980 to control its population growth, changed its family planning rules in 2016 to allow families to have two children as fears grew about its fast-aging population and shrinking workforce. 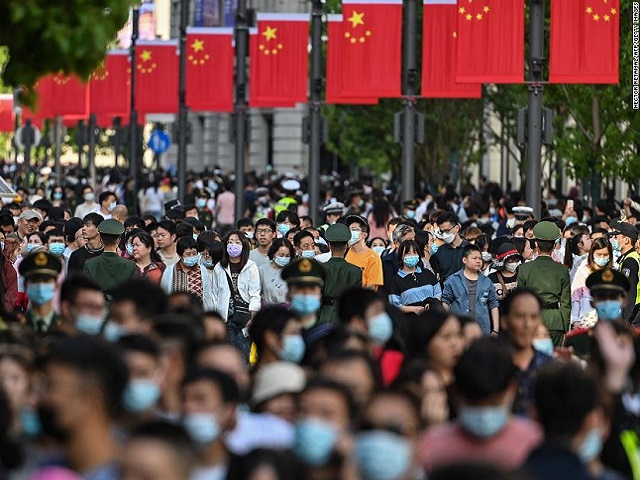 China's population has risen over the past decade by 72 million to 1.411 billion in 2020, as per the National Bureau of Statistics.

China's population has grown by more than five percent over the past decade to surpass 1.4 billion people. This was informed when the nation unveiled its census results.

However, the birthrate has shown a steady decline raising the nation's fears over its shrinking workforce and aging population.

•According to an official from the National Bureau of Statistics, the data shows that the population of China maintained a mild growth momentum in the past decade.

•Since 2017 in fact, China's birthrate has shown a steady decline. This comes despite China's relaxation of its decades-old "one-child policy" amid fears that an aging population and a slowing birth rate pose a looming demographic crisis for the country.

•China conducts the census once every ten years to determine population growth, movement patterns and other trends. The sensitive data that is collected during the process plays a significant role in government policy planning.

•The census of the past decade showed a 5.4 percent increase in population.

•As per the preliminary data published in February, the birth rate was also down significantly in 2020, although the number of actual births has not yet been announced.

•China's working-age population fell to 63.3 percent from 70.1 percent a decade ago.

•The change in the one-child policy was expected to promote a rebound in the birthrate. However, around 12 million babies were born in 2020, which would be down by 18 percent from 2019's report of 14.6 million.

•China's population census was completed in December 2020 with the help of almost over seven million volunteers who surveyed residents door-to-door.

China, which had a strict one-child policy since 1980 to control its population growth, changed its family planning rules •in 2016 to allow families to have two children. This came as fears grew about China's fast-aging population and shrinking workforce.

•However, there have been concerns that the policy change is yet to produce the expected baby boom to help offset the country's aging population.

•The key reasons for the same are falling marriage rates and couples struggling with the high cost of raising children in major cities. Other reasons include women naturally delaying or avoiding childbirth due to their growing empowerment.