The Palghar administration has asked cattle feeders, meat sellers and staff of the state animal husbandry department to keep a watch out for symptoms that can cause the Congo fever. 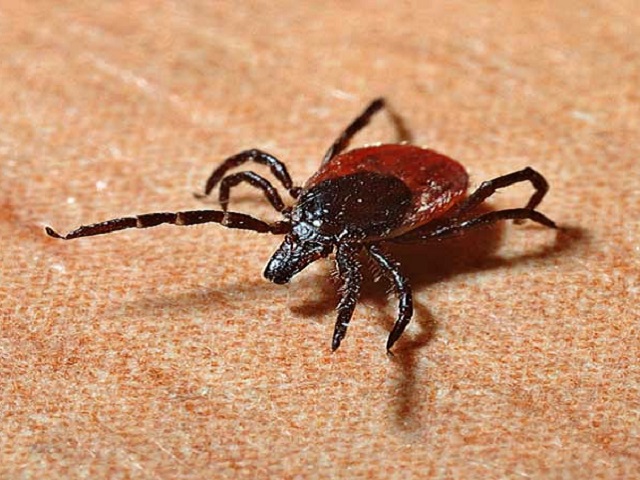 Congo fever Maharashtra: Maharashtra's Palghar district issued a ‘Congo fever’ alert on September 29, 2020 after the virus was found in some of the neighbouring districts in Gujarat.

The neighbouring Gujarat districts have reported around four cases of the Crimean Congo Hemorrhagic Fever (CCHF), which is feared to be spreading from animals to humans.

The Crimean Congo Hemorrhagic Fever, which is commonly known as the Congo fever, spreads through infected ticks.

• The Palghar administration has asked cattle feeders, meat sellers and staff of the state animal husbandry department to keep a watch out for symptoms that can cause the Congo fever. The villages of Palghar district share a border with Gujarat's Valsad district.

• The Palghar animal husbandry department's deputy commissioner Dr. Prashant D Kamble stated in a circular that the Congo fever has been found in some districts of Gujarat and is likely to spread to border districts of Maharashtra.

• The animal husbandry department of the district has instructed the authorities to take all necessary precautions and implement preventive measures.

• The district administration said that this is a matter of concern for cattle- breeders, meat-sellers and animal husbandry officials, especially in the wake of COVID-19.

• Further, the administration said that it is necessary to take timely precautions as there is no specific treatment for the disease.

• The farmers in the district have been asked to ensure the hygiene of cattle sheds, wearing masks, gumboots and hand gloves. No case of Congo fever has yet been reported in the Palghar district so far.

Crimean Congo Hemorrhagic Fever: All you need to know!

What is Congo fever?

The Crimean-Congo hemorrhagic fever (CCHF) is caused by infection with a tick-borne virus (Nairovirus) in the family Bunyaviridae. The disease was first characterized in the Crimea in 1944 and was given the name Crimean hemorrhagic fever.

How is Congo Fever transmitted?

The disease can also be contracted through contact with viraemic animal tissues, animal tissue where the virus has entered the bloodstream during and immediately post-slaughter of animals.

How is the disease transmitted to humans?

Is human-to-human transmission of the virus possible?

The human-to-human transmission of the disease is possible through close contact with the blood, secretions, organs or other bodily fluids of the infected people. People can also catch the infection through hospitals due to improper sterilisation of medical equipment and reuse of needles and contaminated medical supplies.

What are the symptoms of Congo Fever?

The Congo fever symptoms include high fever, headache, abdomen pain, nausea, joint pain, redness of the eyes and bleeding from the nose. Other signs include red throat or red spots on the palate. In severe cases, there is a change in the person's mood and sensory perception.

How fatal is Congo fever?

According to the World Health Organisation, the virus causes severe viral haemorrhagic fever outbreaks, with a case fatality rate of 10 to 40 percent. If the disease is not diagnosed and treated in time, 30 percent of the patients die.

Is there a vaccine for Congo fever?

Unfortunately, there is no vaccine available to protect people or animals against the disease.

How can the disease be detected?

There are certain lab tests including antigen detection, serum neutralisation, RT-PCR, enzyme-linked immunosorbent assay and virus isolation by cell culture that help in the diagnosis of the Congo fever.

An RNA test is conducted for detecting the viral load in patients who contracted the infection a few days ago.

Where is Congo fever generally found?

The Crimean-Congo hemorrhagic fever is generally found in Eastern Europe, particularly in the former Soviet Union, throughout the Mediterranean, in northwestern China, central Asia, southern Europe, Africa, the Middle East and the Indian subcontinent.