The centre has allocated additional 45000 vials of Tocilizumab to meet the increased demand in states and union territories. Tocilizumab, a drug used to treat COVID-19 patients is not manufactured in India. It is sourced from a Swiss pharmaceutical company. 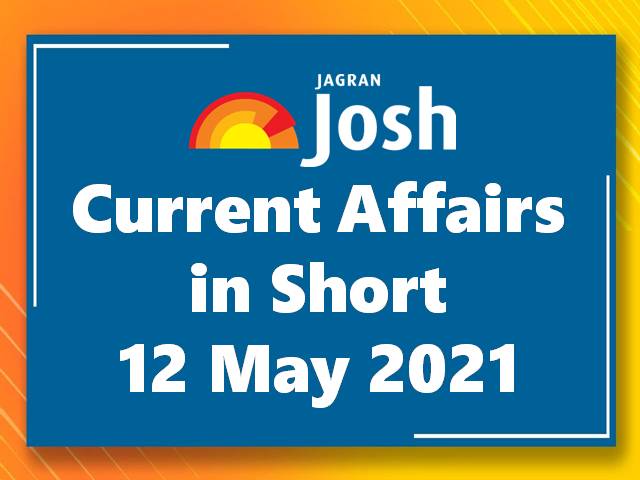 Cyclonic storm expected in Arabian Sea on May 16

•The Union Cabinet on May 12, 2021 approved the Production-Linked Incentive Scheme for the Advanced Chemistry Cell (ACC) Battery Storage. The scheme has been approved with an outlay of Rs 18,100 crore.
•The move aims to achieve a manufacturing capacity of 50 Giga Watt Hour of ACC and five Giga Watt Hour of Niche ACC with an outlay of Rs 18,100 crore.
•Information and Broadcasting Minister Prakash Javadekar informed that the production-linked incentives will reduce import dependence of fuel and encourage domestic production of battery storage equipment.
•It will also boost electric mobility, benefiting three-wheeler, four-wheeler and heavy vehicles.

•The centre has allocated additional 45000 vials of Tocilizumab to meet the increased demand in states and union territories.
•The additional allocation is expected to ensure sufficient availability of Tocilizumab for COVID patients in the states and boost the government’s efforts to fight the pandemic.
•Tocilizumab, a drug used to treat COVID-19 patients is not manufactured in India. It is sourced from a Swiss pharmaceutical company.
•The demand of Tocilizumab by various hospitals across the country was adequately being met till March 2021. •However, the demand for the drug shot up drastically since April when there was a sudden spike in COVID cases.
•The State Governments have been advised to widely publicize the mechanism of allotment of this drug in their areas so that the needy patients and private hospitals can approach concerned authorities if they require the drug.

•The 4th India-Swiss Financial Dialogue was held through video conference in New Delhi on May 11, 2021. While the Indian delegation was led by Economic Affairs Secretary Ajay Seth, the Swiss delegation was led by Daniela Stoffel, State Secretary, State Secretariat for International Finance, Switzerland.
•The dialogue covered sharing of experiences by both sides for collaboration on various aspects including investments, National Investment and infrastructure fund, International Financial Services Centre Authority and cross border financial services.
•They also discussed matters relating to G20, IMF and tax challenges arising from the digitalisation of the economy. They also emphasised the importance of coordinated bilateral action on a clean and resilient post-COVID world.