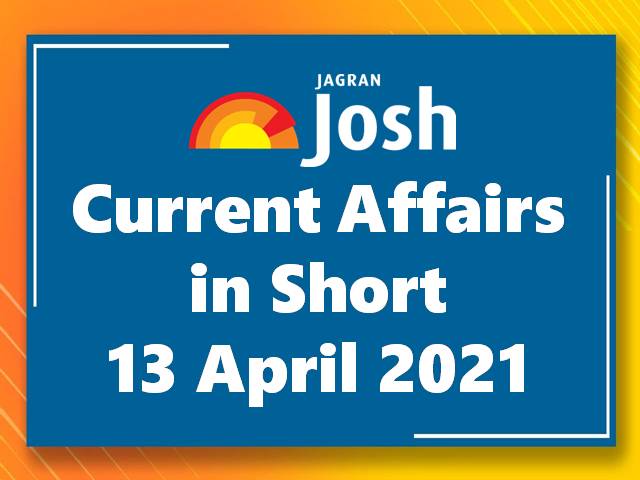 •India and the European Union held the 9th India-EU Human Rights dialogue on April was held here on Monday wherein the two sides reiterated their commitment to the shared principles and values of democracy, freedom, rule of law and respect for human rights.
•The India-EU Human Rights Dialogue was co-chaired by the Joint Secretary for Europe West in the Ministry of External Affairs of India, Sandeep Chakravorty, and EU Ambassador to India, Ugo Astuto.
•During the dialogue, the two sides exchanged views on strengthening human rights, including in social, economic and cultural spheres.
•They also discussed regarding civil and political rights, freedom of religion or belief, children's rights, women empowerment, rights of minorities and vulnerable groups.

•Delhi CM Arvind Kejriwal during a press briefing on April 13, 2021 said that corona cases are increasing rapidly. He said as per the available reports, 13,500 cases have been reported in the last 24 hours.
•The Chief Minister noted that during the last peak in November 2020,  a maximum of 8500 cases were reported in a day and compared to that the state is currently reporting 13500 cases daily.
•He continued by saying that the current wave is very dangerous. He added saying that as per the data of the last 10-15 days, around 65 percent of the newly infected people are below 45 years of age.
•The Chief Minister further appealed to the youth to step out of the house only when it is absolutely necessary and to follow all COVID-19 protocols.

•Legendary cricketer Chris Gayle became the first batsman to smash 350 sixes in the Indian Premier League (IPL) on April 12, 2021.
•Gayle achieved the feat during his splendid knock-off 40 runs against Rajasthan Royals when he smashed a six off a Ben Stokes' delivery at the Wankhede stadium in Mumbai.
•His innings helped solidify the Punjab Kings position against Rajasthan Royals taking them to a towering total of 221/6.
•Gayle is followed by RCB's AB de Villiers, who has so far hit 237 sixes in the IPL. CSK's MS Dhoni is next with 216 sixes, followed by MI's Rohit Sharma who has hit 214 sixes and then the RCB skipper Virat Kohli who has hit 201 sixes.

•The Indian Air Force has inducted 6-tonne Light Bullet Proof Vehicles to enhance the security of its airbases.
•The vehicles can withstand any type of bullet and grenade attack.
•They will also help in countering any terrorist attack and can carry 6 Garud commandos/Quick Reaction Team members.

•The Union Health Minister Dr. Harsh Vardhan announced on April 13, 2021 that the government has now declared one union territory - Lakshadweep and one district in Jammu & Kashmir - Budgam as tuberculosis free.
•The Health Minister said that this is a landmark achievement to begin with. He further stated that this achievement has set the tone for a Tuberculosis-free India by 2025.

India to soon approve all foreign vaccines approved by other countries

•The centre informed on April 13, 2021 that vaccines that have been granted emergency approvals by US, UK, Japanese regulators, including those listed by the WHO may be granted emergency use approvals in India.
•The move aims to fast-track the approvals for foreign manufacturers to commercially market their Covid-19 vaccine in the country.
•The decision will facilitate quicker access to such foreign vaccines by India and would encourage imports including import of bulk drug material, optimal utilization of domestic fill and finish capacity. This will also provide a boost to vaccine manufacturing capacity and total vaccine availability for domestic use.
•The first 100 beneficiaries of such foreign vaccines will be assessed for seven days for safety outcomes before it is rolled out for the entire country.