Andhra Pradesh's Chief Minister YS Jaganmohan Reddy has directed officials to work towards making a fixed deposit of Rs 10 lakh for every child who lost both their parents due to COVID-19 infection. 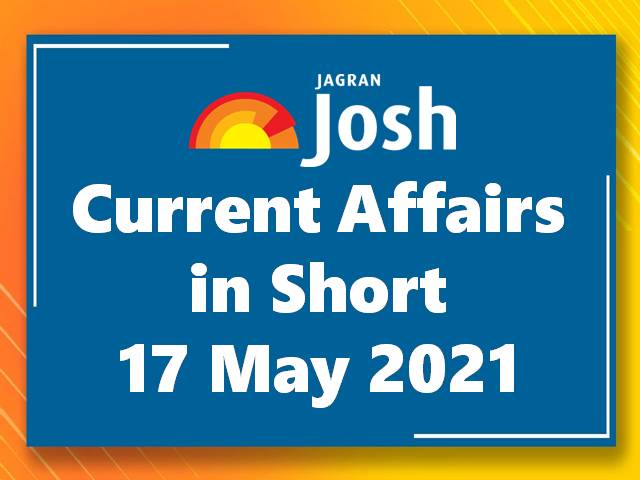 •Bharat Biotech's COVID-19 vaccine COVAXIN has produced neutralising titres (concentration) against all key emerging variants including the B.1.617 and B.1.1.7, which were first identified in India and the United Kingdom. This was informed by the vaccine manufacturer on May 16.
•A modest reduction in neutralisation by a factor of 1.95 was observed against the B.1.617 variant compared to the vaccine variant (D614G).
•The findings are from a study, which was conducted in collaboration with the National Institute of Virology (India Council of Medical Research).

•The second batch of Sputnik V landed in Hyderabad, Telangana on May 16, 2021. Russian Ambassador to India, Nikolay Kudashev termed the Russian-Indian fight against COVID-19, as an example of the special and privileged strategic partnership and an effective model of international anti-pandemic cooperation.
•Sputnik V has become the first foreign-made vaccine to be used for vaccination in India.
•The vaccinations with Sputnik V began in Hyderabad on May 14th after the arrival of the first batch of the vaccine in India on May 1, 2021.
•There are also plans to introduce a single-dose vaccine soon in India named Sputnik Lite.
Russia's Sputnik V received emergency approval use in India on April 12, 2021 and granted an emergency use authorisation.

•The Bihar police have stepped up vigil along the banks of the Ganga River after several bodies were found floating in Ganga in the Buxar district.
•The police is patrolling near the river and they recover and perform the last rites if they see any bodies.
•Forces have also been deployed on the banks of Ganga to ensure nobody performs water burial.

•Congress leader and Rajya Sabha MP Rajeev Satav passed away on May 16, 2021 due to COVID-19 complications.
•The 46-year-old was All India Congress Committee (AICC) in charge of Gujarat and had earlier served as President of the Indian Youth Congress.
•He had been the MP from Maharashtra's Hingoli in the 16th Lok Sabha and the MLA from Maharashtra's Kalamnuri.
•Several senior Congress leaders including Rahul Gandhi and Priyanka Gandhi Vadra expressed their grief on the demise of the leader.

•Andhra Pradesh's Chief Minister YS Jaganmohan Reddy has directed officials to work towards making a fixed deposit of Rs 10 lakh for every child who lost both their parents due to COVID-19 infection.
•The Chief Minister has taken the crucial decision to secure the future of these kids, understanding that the future of such kids are at risk.
•He has instructed the officials to carve out a financial package with the banks and that the amount will be under a fixed deposit until the child turns 25.