The Centre informed that it has allocated over 43000 vials of anti-fungal drug Amphotericin-B to all States and Union Territories in just 4 days. 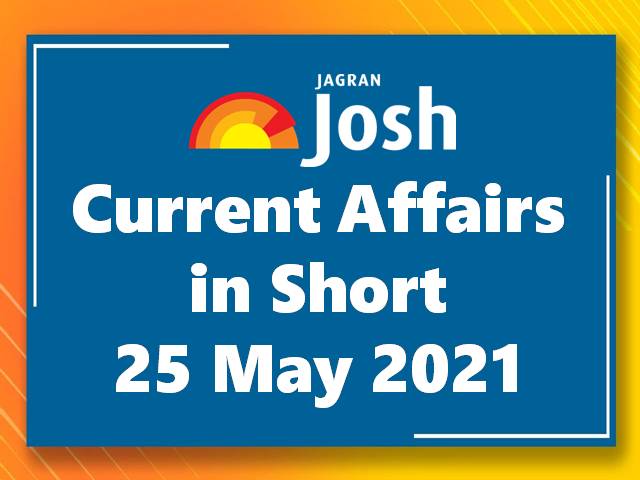 •The Centre informed that it has allocated over 43000 vials of anti-fungal drug Amphotericin-B to all States and Union Territories in 4 days.
•Union Chemicals and Fertilizers Minister Sadanand Gowda informed that 19, 420 vials of Amphotericin - B was supplied to the States and the UTs looking at the increased demand.
•The Central Chemicals Ministry had earlier ensured quick and timely allocation of nearly 1 crore vials of Remdesivir in the country to tackle the COVID surge in the last one month.
•This comes as the nation is witnessing a surge in the number of Mucormycosis or Black Fungus cases and therefore the demand of anti-fungal drug Amphotericin has increased considerably.

•Roche India on May 24, 2021 announced the launch of its first batch of antibody cocktails against COVID-19 in India. •The antibody cocktail, which includes a mix of Casirivimab and Imdevimab, is priced at Rs 59,750 per dose.
•The antibody cocktail was given to former US President Donald Trump when he had contracted COVID-19 in 2020.
•The company said in a statement that each of the 1,200 mg doses of the drug contains 600 mg of Casirivimab and 600 mg of Imdevimab.
•The maximum retail price for a multi-dose pack will be Rs 1,19,500. Each pack will be able to treat two patients.
•The drug will be marketed in India by Cipla. The second batch of the drug will be made available by mid-June.

Australia to close its embassy in Kabul

•Australia has decided to close its embassy in Kabul in three days, ahead of the withdrawal of its final contingent of troops from Afghanistan. This was informed by Australian Prime Minister Scott Morrison on May 25, 2021.
•Australian PM said in a joint statement with Foreign Minister Marise Payne that the nation's residential representation in Afghanistan and the Australian Embassy in Kabul will be closed at this time.
•Australia will, as an interim measure revert to its earlier model of visiting accreditation for our diplomatic representation to Afghanistan. The nation had used this model from the opening of diplomatic relations in 1969 until 2006. Australia had opened its embassy in Kabul in 2006.
•The joint statement read that the officials would visit Afghanistan regularly from a "residential post" elsewhere in the region.
•It further stated that the departure of the international forces and hence Australian forces from Afghanistan over the next few months will bring with it an increasingly uncertain security environment.
•This comes after the US announced the complete withdrawal of its troops from Afghanistan by September 2021. The NATO forces are also expected to withdraw their troops.

•Bangladesh Foreign Minister Dr A K Abdul Momen clarified that there is no change in Bangladesh's position on Israel. •He stated that the nation has not changed its diplomatic position towards Israel and nor has it recognised it.
•He said this while responding to queries regarding the changes in the passport format issued in Bangladesh. The Bangladesh passport had earlier carried the statement ‘valid for travelling except Israel’.
•The statement has been removed in the new format issued by the government.
•The Minister explained that the changes have been made to maintain global standards as no other passport in the world contains such words. He stated that the passport is a national identity and does not reflect foreign policy.

US issues travel advisory against traveling to Japan, Sri Lanka due to COVID-19

•The US State Department has issued a travel advisory warning against travel to Japan and Sri Lanka due to COVID transmission concerns.
•The State Department's advisory read that the travel advisories have been assessed and reissued with updates and raised to a Level 4 - Do Not Travel for Japan and Sri Lanka.
•The US Centers for Disease Control and Prevention (CDC) also issued a new alert advising that Americans should avoid all travel to Japan or get vaccinated before traveling there.