The Indian Air Force announced on May 4, 2021 that it will establish a 100-bed COVID care treatment facility at its Air Force Station in Bengaluru. 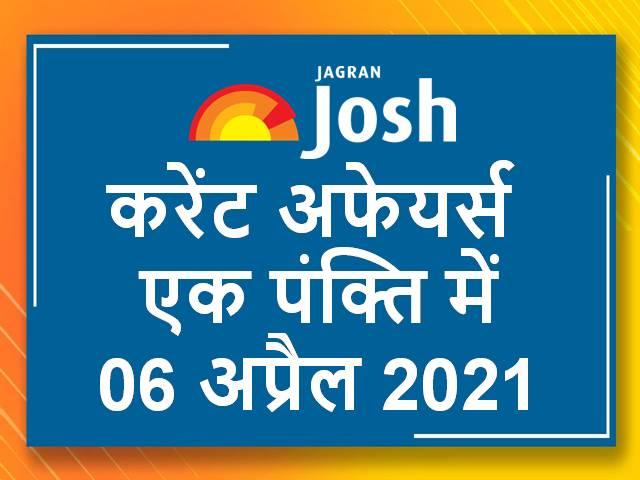 •The Indian Air Force announced on May 4, 2021 that it will establish a 100-bed COVID care treatment facility at its Air Force Station in Bengaluru.
•The 100 bedded COVID care treatment facility will be set up at Air Force Station Jalahalli, Bengaluru for the general public.
•The IAF informed that 20 beds would be ready by May 6 with oxygen concentrators. The remaining 80 beds will be operational by May 20, 2021.
•The Covid care facility will be manned by specialists, doctors, nurses and paramedical staff provided by the Bengaluru Command Hospital Air Force.

We will find a way to send foreign players back: IPL chairman

•IPL chairman Brijesh Patel assured on May 4, 2021 that the BCCI will "find a way" to send the foreign players back home. This came after he informed that the 2021 IPL tournament was suspended indefinitely due to a COVID-19 outbreak in its bio-bubble.
•Two of KKR's players- Varun Chakravarthy and Sandeep Warrior and SRH's wicketkeeper Wriddhiman Saha tested positive for COVID-19. Two support staff of CSK also tested positive including bowling coach L Balaji. Most of the teams are in isolation currently.
•While responding to concerns about how the foreign players would return to their respective countries, as many nations including Australia have imposed travel restrictions from India, the IPL Chairman said that they will find a way to send them back safely.
•Australian Prime Minister Scott Morrison has enforced a strict travel ban from India till May 15th, not allowing its own citizens also to return. This has raised concerns for the Australian players in the league, as while three had gone back earlier, many continued to remain a part of the IPL including stalwarts like Steve Smith, David Warner, Glen Maxwell and Pat Cummins. Several former Australian cricketers including former skipper Ricky Ponting and Bret Lee are also a part of the IPL.
•Australian all-rounder Glenn Maxwell had said a few days back that the Australian cricketers wouldn't mind traveling in the same chartered flight that would take India, New Zealand, and England players to the UK after the IPL.
•India and New Zealand are set to play the World Test Championship Final from June 18 in the United Kingdom and are expected to fly to England for the same.

Shangri-La Dialogue scheduled to be held in Singapore

•The Shangri-La Dialogue Asian security summit will be held in Singapore from June 4-5, 2021. The annual meeting was cancelled last year due to the coronavirus pandemic.
•The event will be arranged by the International Institute for Strategic Studies (IISS). It will see participation from top military officials, diplomats and weapon makers from across the globe.
•US Defence Secretary Lloyd Austin is expected to attend the summit. It marks the Secretary's first trip to Southeast Asia. He will be conducting bilateral and multilateral meetings on the sidelines of the summit.
•Singapore is also aiming to host the World Economic Forum's annual summit in August 2021. The summit has been moved from its usual home in the Swiss ski resort of Davos due to virus safety fears.

•New Zealand has replaced reigning world champions England and become the top-ranked side in the One-day International rankings. New Zealand gained three ranking points after beating Bangladesh 3-0 in their ODI series. The team moved up two slots in the ICC Men's ODI Team Rankings with an aggregate of 121.
•Australia is now second on the rankings list with 118 points, while India is third and England is fourth with the same 115 points.
•England though continues to dominate the T-20 International rankings table with a five-point lead over second-placed India. New Zealand is third on the list.

•The US government recently approved a major solar energy project in the California desert, which will be capable of providing power to almost 90,000 homes. This was informed by the Interior Department on May 3rd.
•The 550 million dollar Crimson Solar Project will be set up 2,000 acres of federal land west of Blythe, California. The project will include a battery storage system.
•The announcement follows US President Joe Biden's pledge to expand the development of renewable energy projects on public lands as part of a broader agenda to fight climate change and create jobs.