Telangana Chief Minister Chandrashekhar Rao has called for vaccinating all frontline workers in a week in the wake of rising COVID-19 cases in the state. 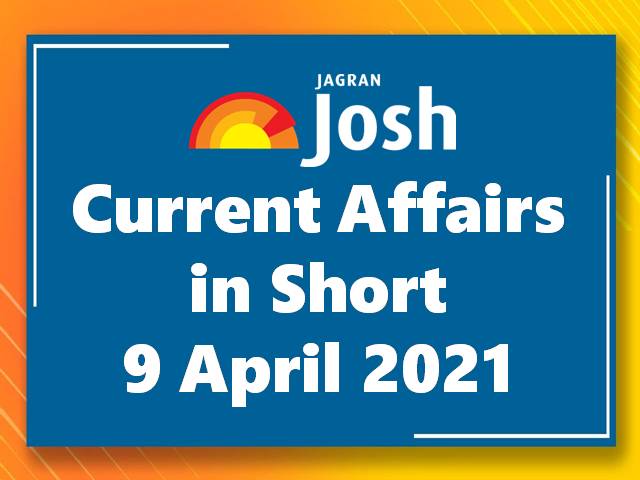 US lawmakers to introduce bill to counter China threat

•US lawmakers have decided to introduce a legislation next week to put additional sanctions on Chinese officials and build closer relations with Taiwan.
•The legislation aims to put more checks on China's military operations and territorial claims to counter China and the threat it poses on human rights and maritime security.
•The legislation calls for sanctions against Chinese officials accused of "forced labour, forced sterilisation and other abuses in Xinjiang", where human rights groups claim that many as 1 million Uyghurs and other Muslim minorities are held in "re-education camps".
•China has repeatedly denied the allegations, insisting that the camps are vocational training facilities.

•Kerala Chief Minister Pinarayi Vijayan tested positive for coronavirus on April 8, 2021. He tested positive days after getting the first dose of the COVID-19 vaccine.
•The Chief Minister himself confirmed the news saying that he would be treated at the Government Medical College in Kozhikkode. He requested those who came in contact with him recently to go into self observation.
•The Kerala Chief Minister had recieved the first jab of coronavirus vaccine on March 3, 2021 at a vaccination center in Thiruvananthapuram's District Medical Office.
•The news comes as Kerala recently concluded its State Assembly Elections on April 6, 2021. The counting of the votes will take place on May 2, 2021.

US launches study of allergic reactions to COVID-19 vaccines

•The US National Institutes of Health (NIH) on April 7, 2021 kicked off a study to determine the risk of allergic reactions to the Pfizer-BioNTech and Moderna Covid-19 vaccines.
•The phase two clinical trial is underway to determine if people who are highly allergic or who have a mast cell disorder are at increased risk for a systemic allergic reaction to any of the two-dose vaccines.
•The study has been undertaken as there have been rare instances when reports of people experiencing allergic reactions, including serious episodes known as anaphylaxis, after being vaccinated have come.
•According to the US Centers for Disease Control and Prevention (CDC), allergic reactions occurred at a rate of 11.1 cases per million doses, with the majority occurring within 15 minutes of vaccination.