The day’s updated quizzes cover topics such as Madrid Open, vaccine for children and NASA's OSIRIS-REx mission among others. 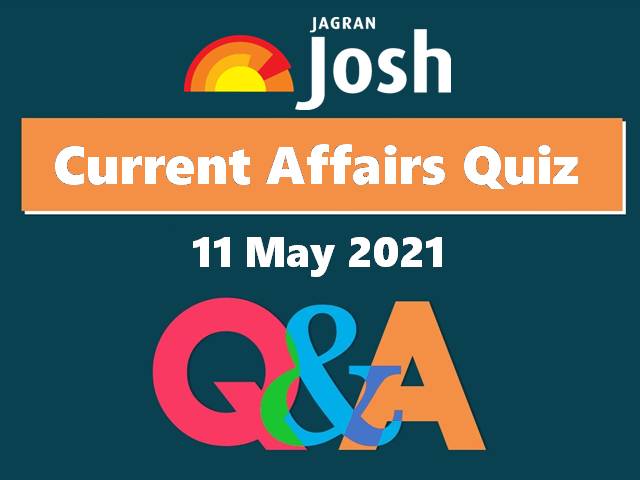 11 May 2021: The Current Affairs Quizzes section of Jagranjosh aims to help every competitive exam aspirant to revise the day at ease. The day’s updated quizzes cover topics such as Madrid Open, vaccine for children and NASA's OSIRIS-REx mission among others.

4. Which state's government has decided to float a tender to procure COVID-19 vaccines?
a) Odisha
b) Jharkhand
c) Madhya Pradesh
d) Uttar Pradesh

5. Which state's police has launched 'Mission Hausla' to help COVID-19 patients get oxygen, beds and plasma?
a) Delhi
b) UP
c) Uttarakhand
d) Punjab

6. NASA's OSIRIS-REx spacecraft has begun its 2-year journey back to Earth after collecting samples from which asteroid?
a) Ceres
b) Juno
c) Vesta
d) Bennu

1. (b) Assam
Assam has become the first Indian state to have a real-time digital flood reporting system. With the river Brahmaputra flowing at the crux, Assam is prone to severe floods and erosion every year.

2. (a) US
The United States Food and Drug Administration on May 10, 2021, gave the emergency use approval to Pfizer-BioNTech Covid-19 vaccine for the children in the 12-15 age group. The US government aims at setting up shots for many before the beginning of the next school year.

3. (b) China
China's population has risen over the past decade by 72 million to 1.411 billion in 2020, as per the National Bureau of Statistics. However, the birthrate has shown a steady decline raising the nation's fears over its shrinking workforce and aging population.

4. (a) Odisha
The Odisha government has decided to import vaccines for covid-19. A proposal to this effect was approved by the state cabinet in a meeting chaired by Chief Minister Naveen Patnaik in the capital city Bhubaneswar on May 10, 2021.

5. (c) Uttarakhand
The Uttarakhand Police has launched a drive called "Mission Hausla" to help people get oxygen, beds and plasma for COVID-19 patients. The state's police is also helping the public in getting ration, ambulance and doing cremation of bodies.

6. (d) Bennu
NASA's OSIRIS-REx spacecraft began its historic 2-year mission back to Earth after collecting samples from asteroid Bennu on May 10, 2021. This is NASA's first asteroid sample return mission and it carries a generous amount of material collected from the near-Earth asteroid.

7. (d) Alexander Zverev
The German Tennis player and the world number six Alexander Zverev continued his sensational form and won his 2nd Madrid Open Title on May 10, 2021. He also lifted his fourth ATP Masters 1000 trophy. He had beaten Rafael Nadal in the quarterfinals and fourth-ranked Dominic Theim in the semifinals. He defeated world number 10 Matteo Berrettini from Italy by 6-7 (8), 6-4, 6-3 in the finals.