The day’s updated quizzes cover topics such as new Chief Election Commissioner, first Tuberculosis-Free UT and  RCEP agreement among others. 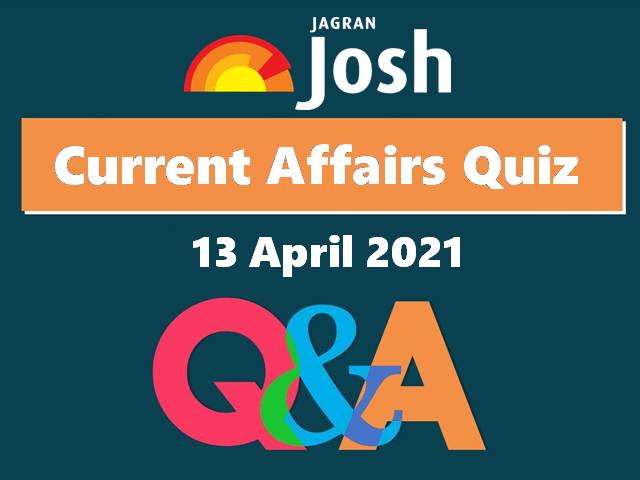 13 April 2021: The Current Affairs Quizzes section of Jagranjosh aims to help every competitive exam aspirant to revise the day at ease. The day’s updated quizzes cover topics such as new Chief Election Commissioner, first Tuberculosis-Free UT and  RCEP agreement among others.

1. Who has been appointed as the new Chief Election Commissioner?
a) Anil Chauhan
b) Shushil Chandra
c) Sunil Chandra
d) None of the Above

6. Who has been made brand ambassador for Punjab’s COVID vaccination programme?
a) Diljit Dosanjh
b) Sonu Sood
c) Akshay Kumar
d) Gurdas Maan

7. Which country has become the first country to complete the official ratification process of RCEP agreement?
a) Thailand
b) Vietnam
c) Singapore
d) The Philippines

8. Which volcano erupted for the first time in April 2021 after 1979?
a) La Grande Soufrière
b) Mount Pelée
c) La Soufrière
d) Mount Liamuiga

2. (d) Lakshadweep
The Union Health Minister Dr. Harsh Vardhan announced on April 13, 2021 that the government has now declared one union territory - Lakshadweep and one district in Jammu & Kashmir - Budgam as tuberculosis free.

3. (a) Chris Gayle
Legendary cricketer Chris Gayle became the first batsman to smash 350 sixes in the Indian Premier League (IPL) on April 12, 2021. Gayle is followed by RCB's AB de Villiers, who has so far hit 237 sixes in the IPL. CSK's MS Dhoni is next with 216 sixes, followed by MI's Rohit Sharma who has hit 214 sixes and then the RCB skipper Virat Kohli who has hit 201 sixes.

5. (d) Saint Vincent
The Caribbean's largest island nation, Saint Vincent is covered in ash after two sets of volcanic eruptions from its long-dormant volcano, which has suddenly become active.

7. (c)  Singapore
Singapore has become the first country to complete the official process for ratification of the Regional Comprehensive Economic Partnership (RCEP) agreement.

8. (c) La Soufrière
The La Soufrière, which had been dormant for over four decades, erupted for the first time three days back on April 9, 2021 and since then it has been erupting explosively, covering the main island of St. Vincent and the Grenadines in ash and debris.