The day’s updated quizzes cover topics such as Prince Philip death, Chhattisgarh Veerni Award and new Vietnam President among others. 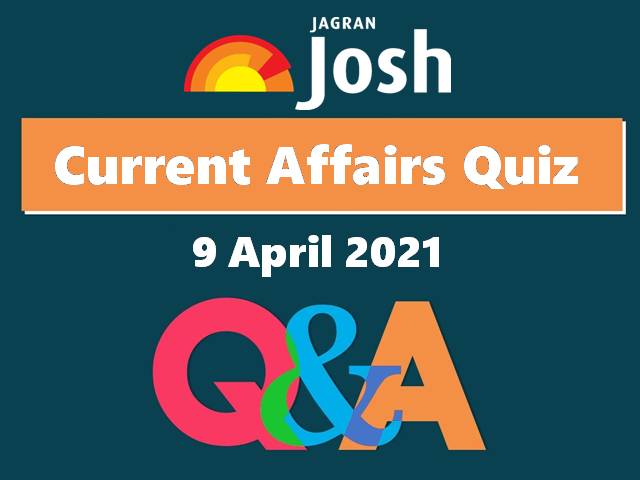 9 April 2021: The Current Affairs Quizzes section of Jagranjosh aims to help every competitive exam aspirant to revise the day at ease. The day’s updated quizzes cover topics such as Prince Philip death, Chhattisgarh Veerni Award and new Vietnam President among others.

3. Who among the following has been selected for the Chhattisgarh Veerni Award?
a) Hima Das
b) Dutee Chand
c) Saina Nehwal
d) Mary Kom

6. Vjosa Osmani-Sadriu was sworn in as the second Female President of which Balkan nation?
a) Albania
b) Bulgaria
c) Croatia
d) Kosovo

1. (a) 99 years
Britain's Prince Philip, the Duke of Edinburgh passed away at the age of 99 years on April 9, 2021. Prince Philip was the longest-serving royal consort in British history, being by his wife's side throughout her 69-year reign.

3. (b) Dutee Chand
Dutee Chand will be honoured with the Chhattisgarh Veerni Award at the inaugural edition of the awards that is scheduled to be held on April 14, 2021.

4. (d) RBI
The Reserve Bank of India will be constructing and periodically publishing a "Financial Inclusion Index". The index will measure the extent of financial inclusion in the country. It will be published annually in the month of July.

6. (d) Kosovo
Vjosa Osmani-Sadriu was sworn in as post-war Kosovo's second Female President and seventh overall on April 4, 2021. She was sworn in for a five-year term period.

8. (a) 12
A group of astronomers at the European Space Agency have discovered 12 new quasars that have been warped by a naturally occurring cosmic ‘lens’ and split into four similar images.