The UK, in partnership with Italy, will host the 26th UN Climate Change Conference of the Parties (COP26) in Glasgow from November 1 – 12, 2021. What is the role of David Attenborough at COP26? 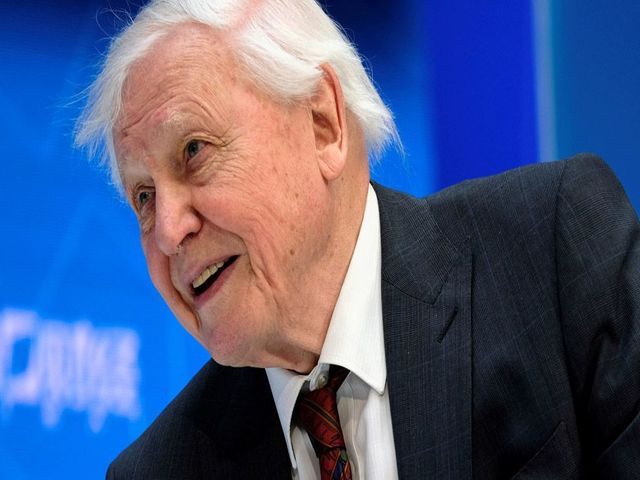 Sir David Attenborough, a natural historian and a world-renowned broadcaster, on May 10, 2021, was appointed as the People’s Advocate of the COP26 for the UK’s Presidency of the UN Climate Change summit to be held in Glasgow in November 2021.

Attenborough, 95, has been tasked with putting forward a case to key decision-makers, global leaders, and the public to explain why climate action matters, highlight the progress to achieve the climate goals, and what actions will the decision-makers need to take ahead of COP26.

Attenborough will address world leaders over the next six months, including the G7 Summit to be held in Cornwall in June, to keep the protection of nature and climate on the top of the world agenda. He will also be joining the Glasgow Summit, the most important climate meeting since the signing of the Paris Agreement in 2015.

Attenborough on his appointment said that we learned during the pandemic that how crucial it is for nations to have an agreement to solve worldwide problems. Further, he emphasized that the problems that await us within the next 5-10 years are even greater. The success of the meetings in Glasgow, COP26 is crucial, he added.

The appointment of Attenborough came at a time when Alok Sharma, the Indian-origin Cabinet-level minister as Britain's President-Designate of COP26, urged international organizations, civil society, businesses, and governments to put the world towards net zero emissions by 2050.

Sharma said that climate change is the greatest threat to our planet. “The next decade will be make, or break, for cutting global emissions sufficiently to avoid the worst effects of climate change,” he added.

Who is Sir David Attenborough?

•Attenborough has worked on documentaries notably Life series, The Blue Planet, Are We Changing Planet Earth, Blue Planet II, Our Planet, Climate Change – The Facts, A Life on Our Planet, and many more.

•Attenborough is the only person to be awarded BAFTAs for programs produced in black and white, colour, HD, 3D, 4K, and VR. He has been awarded a Peabody Award in 2014 and an Emmy Award in 2018.

•COP, which stands for ‘Conference of the Parties’, is the UN Climate Change Conference that is held annually to deliberate on the issue of climate change and what climate action plan the countries will adopt.

•The Summit will witness countries coming together to accelerate climate action in alignment with the goals of the Paris Agreement and the UN Framework Convention on Climate Change.