Defence Minister to review the progress of Indian Aircraft Carrier: What is IAC-1 and why is it significant?

Indian Aircraft Carrier or IAC-1 is significant for India’s military maritime capabilities in the years ahead, particularly in the backdrop of the ever-expanding Chinese naval footprint in the Indian Ocean Region. 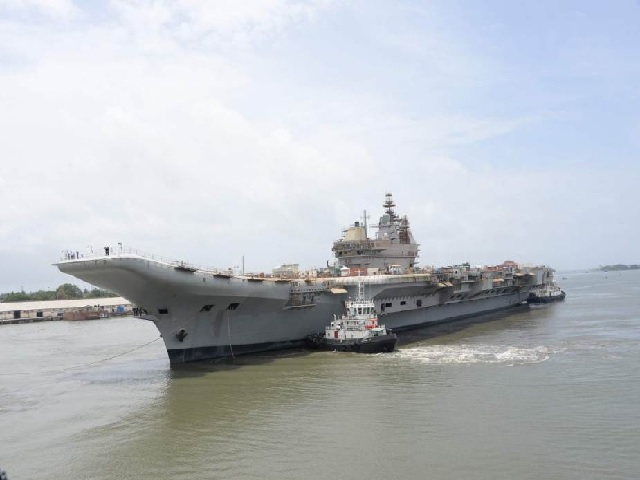 The Union Defence Minister Rajnath Singh on June 25, 2021, will review the progress made on the construction of an indigenous Indian Aircraft Carrier which is also referred to as IAC-1.

The new carrier will be rechristened as INS Vikrant, in memory of India’s first aircraft carrier, after commissioning.

Reportedly, the Indian Navy expects that the indigenously built IAC-1 will be delivered by 2022. However, it has been claimed that the realistic delivery of the vessel is likely only by 2024.

The ambitious project of the Indian Navy, which was expected to be completed by 2018, has suffered a number of delays including the latest one due to the COVID-19 pandemic.

What is an aircraft carrier?

It is a warship that serves as a seagoing airbase, equipped with a full-length flight deck and facilities for carrying, arming, deploying, and recovering the aircraft.

Typically, an aircraft carrier is the capital ship of a fleet, as it allows a naval force to project air power worldwide without depending on the local bases for staging the aircraft operations.

• The carrier, significant for India’s Naval defence, is being constructed by the state-owned Cochin Shipyards Limited (CSL).

• The Indian Aircraft Carrier or IAC-1 will be able to launch 30 aircraft including 20 fighter jets and 10 helicopters, once it is fully operational.

• The ship will be compatible with the MiG-29K and LCA Navy aircraft.

• It will also have two runways and a landing strip with STOBAR (short take-off but arrested delivery) equipment- a mechanism consisting of an arrester hook that helps land fighter jets on a shorter runway.

Why India needs three aircraft carriers and how much it currently has?

Indian Naval Defence is in the dire need of three operational aircraft carriers- one each on the eastern and the western seaboards and one in the dock for maintenance.

The plan of building a third aircraft carrier of 65,000 tonne for strengthening the Indian Naval Defence has been pending since May 2015 and is yet to be given an initial acceptance of necessity by the Indian Government.

This is when China is on a path of building an aircraft carrier and has an eventual aim of having 10.