The Delhi Chief Minister has decided to withdraw the earlier relaxation announced for people attending wedding ceremonies and go back to the earlier limit of 50 people. 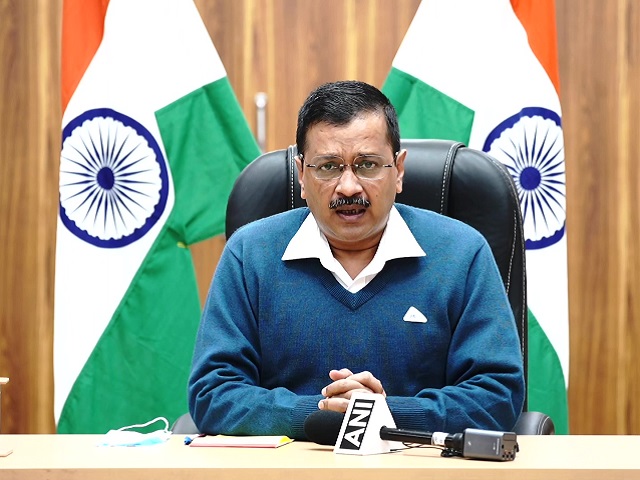 Delhi Chief Minister Arvind Kejriwal during a media briefing on November 17, 2020 stated that his government is sending a general proposal to the central government, seeking to shut down markets for a few days where COVID-related norms are not being followed and they are becoming local COVID-19 hotspots.

Since cases are rising in Delhi, we are sending a general proposal to Central Govt, that if required, Delhi Govt can implement shutting down those markets for few days, where norms are not being followed & they are becoming a local #COVID19 hotspot: Delhi CM Arvind Kejriwal pic.twitter.com/uCicqhiXGE

The Delhi Chief Minister further thanked the central government for helping the citizens of Delhi by increasing 750 ICU beds immediately. He stated that the government and all concerned agencies have doubled their efforts to control COVID-19 spread in Delhi but it can't be done till people take precautions.

Kejriwal appealed to people to wear masks and follow social distancing. The announcement comes in the wake of steep rise in coronavirus cases in the national capital. Delhi has been witnessing a severe third wave of COVID infections since the beginning of festive season and worsening air quality.

Delhi CM reduces number of people attending a wedding to 50

The Delhi Chief Minister has further decided to withdraw the earlier relaxation announced for people attending wedding ceremonies and go back to the earlier limit of 50 people. He said that the number of people attending a wedding was increased to 200 when corona situation had improved in Delhi a few weeks ago but now its being withdrawn and only 50 people will be allowed. The decision has been sent to Delhi's Lt. Governor Anil Baijal for his approval.

When Corona situation improved in Delhi a few weeks ago, number of people attending a wedding was increased to 200, according to Center's guidelines. Now it's being withdrawn & only 50 people will be allowed. The decision has been sent for LG's approval: Delhi CM Arvind Kejriwal https://t.co/ZH3GgxRLV5 pic.twitter.com/yY35vHYDvQ