Delhi households consuming 200 units of power or less will not have to pay the electricity bill.

Delhi CM Arvind Kejriwal has announced that all Delhi households consuming 200 units of power or less will now get a zero bill every month. The Delhi CM stated that households will get free lifeline electricity up to 200 units. 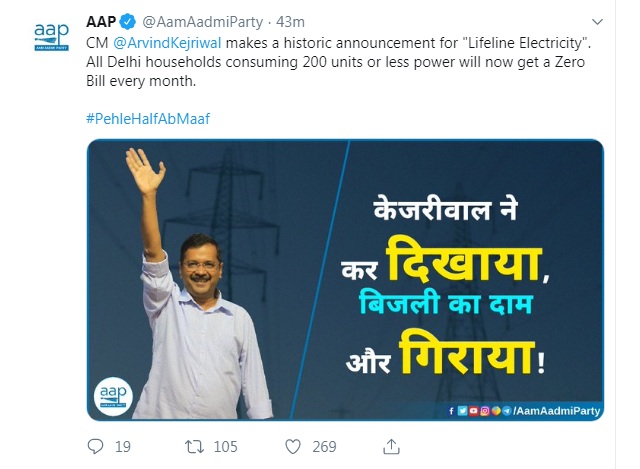 However, existing electricity rates will apply is a household is using more than 200 units. According to the Delhi Government, the decision will encourage people to consume less power and conserve more energy.

Explaining the move, the Delhi CM said that since independence, VIPs - politicians and officers have been provided free electricity and water from taxpayers' money. Now, the general public will also receive the basic services free, as a matter of right.