Explained: NATO leaders declare China a constant global security challenge: What can be the implications?

At the first NATO meeting since 2019, the leaders pointed to China’s assertive behavior and also expressed concerns over Beijing’s coercive policies. 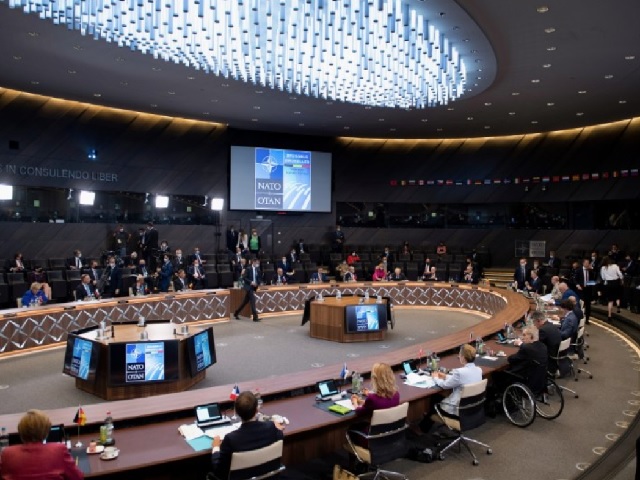 The North Atlantic Treaty Organisation (NATO), an intergovernmental military alliance between 30 European and North American Countries, has branded China as a constant global security challenge and has vowed to counter Beijing’s rise.

China was central to the discussion at the first meeting of NATO since 2019. The NATO leaders pointed to China’s assertive behavior and also expressed concerns over Beijing’s coercive policies which stand in contrast with fundamental values enshrined in Washington Treaty.

According to a statement, China’s policies presents systematic challenges to the rules-based international order and to the areas that are relevant to the alliance security.

The NATO leaders have also called on China to uphold its international commitments as well as to act responsibly in the international system, including in cyber, space, and maritime domains, in keeping its role as a major power.

Why China has become a matter of concern for global security?

The Secretary-General of NATO, Jen Stoltenberg explained that the international body has shown concern as China has been rapidly expanding its nuclear arsenal, with more warheads and a large number of sophisticated delivery systems.

The concern is also over its military cooperation with Russia and its use of misinformation.

As the country is soon going to be the biggest economy in the world, China will also have the second biggest defence budget and the biggest navy.

Increasingly running up against NATO

While speaking to the reporters ahead of the summit, the global leaders emphasized that China is among NATO’s greatest foreign and defence policy challenges.

According to Canadian Prime Minister Justin Trudeau, China has been increasingly running up against NATO, whether be in Africa, in the Mediterranean, or in the Arctic, as they are trying to engage more.

What role does the US play behind the global push against China?

Pushing the agenda of G-7 Communique at NATO:

The US President Joe Biden, who arrived at the NATO summit after three days of consulting with the Group of Seven allies (G7) in the United Kingdom, pushed for the G-7 communique there and called out what it said were forced labour practices as well as other human rights violations impacting Uyghur Muslims and other ethnic communities in Western Xinjiang Province.

The US President expressed satisfaction with the Communique, although, he added, the difference remains among the allies about how forcefully to criticize Beijing.

Is NATO as against China as said to be?

The new Brussels Communique, issued by NATO’s leaders, stated plainly that the NATO nations ‘will engage China with a view to defending the security interests of the alliance’.

However, it must be noted that as Biden faced with the G-7 Communique, some allies stood up at the NATO efforts to speak out on China.

Germany on NATO’s stand against China:

Angela Merkel, the German Chancellor, said that NATO’s decision of naming China as a threat ‘must not be overstated’ because Beijing, like Russia, is also a partner in some areas.

Markel’s view can be seen in the light of China being the top trading partner of Germany and is also heavily dependent on Russia for fulfilling the country’s energy needs.

France urges not to be distracted by China:

The President of France Emmanuel Macron urged the NATO alliance to not let China distract it from what he saw as more pressing issues facing NATO, including the fight against security issues, terrorism-related to Russia.

He added that it is very significant not to scatter the efforts of the alliance and not to have biases in our relation to China.

The North Atlantic Treaty Organisation is an alliance of the North American and European countries. It was formed after the Second World War as a bulwark against Russian aggression.

NATO originally had 12 members, but it now has 30- made up of European nations and the US and Canada.