Farm laws: 200 Farmers get go ahead for protest at Jantar Mantar everyday, heavy security ahead of agitation

Farmers' Protest: The farmers get the go-ahead to stage protests from July 22 to August 9, 2021, subject to the participation of a maximum of 200 protestors per day from 11 am to 5 pm. 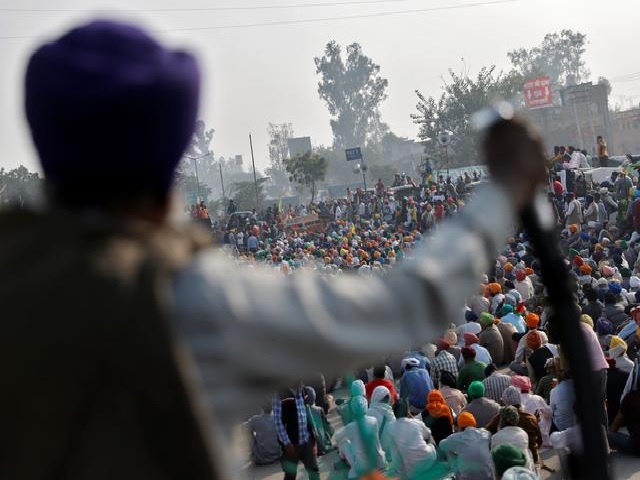 Farmers’ Protest: The Delhi Police on July 21, 2021, permitted the farmers to hold demonstrations at Jantar Mantar demanding the scrapping of agricultural laws.

The decision came after the administration took an understanding from them that the farmers will not towards the Parliament which is currently in the Monsoon session.

The Delhi Government also granted permission for farmers’ protest, subject to following all the COVID-19 protocols.

Delhi Police, in a statement issued late on July 21, said that the farmers will be escorted by the police to the designated protest site at Jantar Mantar from the Singhu Border in buses.

Farmers gather to board the buses at Singhu (Delhi-Haryana) border, ahead of protest against three farm laws at Jantar Mantar in Delhi pic.twitter.com/S4JFHt6lv4

Darshan Pal Singh, farmers leader while talking about the protests informed that a group of 200 farmers will go in four buses to hold ‘Kisan Sansad’ at Parliament Street. There the farmers will discuss the agrarian crisis, the three farm laws, and the MSP.

The farmers have also constituted a six-member steering committee which will include three members from Punjab.

Security heightened in the National Capital ahead of protests:

Delhi: Heavy security deployment at Tikri Border in view of farmers' protest against at Jantar Mantar amid monsoon session of Parliament pic.twitter.com/j3U71Z5w1s

Apart from the main highway all the routes leading to Delhi have been put under complete surveillance and are being monitored round the clock.

Security personnel deployed & barricades have been put up at the spot pic.twitter.com/KIKJtmAzjO

To avoid what happened on January 26

As per the Delhi Police, they will not be taking any chances after what had happened on January 26, 2021, and have made appropriate arrangements.

The National Capital had witnessed the violent protests during a tractor parade on Republic Day as thousands of agitators had clashed with the Police.