Father of Indian IT Industry FC Kohli passes away

FC Kohli’s pioneering journey in the IT sector began when he joined Tata Electric, which is now Tata Power in 1951. 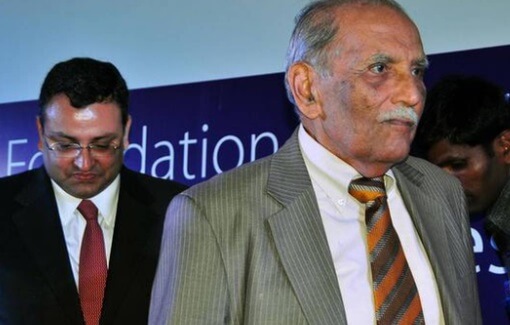 Father of Indian IT Industry Faqir Chand Kohli passed away due to a heart attack on November 26, 2020 at his residence. He was 96.

FC Kohli is known to have led the inception of the global tech behemoth TCS, thereby sowing the seed of India’s IT industry. Kohli’s pioneering journey in the IT sector began when he joined Tata Electric, which is now Tata Power in 1951.

Kohli is also known to have played an important role in the advancement of technical education in the country.

Prime Minister Narendra Modi expressed grief over the demise of the IT sector pioneer and said that he will be remembered  for his pioneering contributions to the world of IT.

Shri FC Kohli Ji will be remembered for his pioneering contributions to the world of IT. He was at the forefront of institutionalising a culture of innovation and excellence in the tech industry. Pained by his demise. Condolences to his family and many admirers.

•He was soon a part of the team that set up India’s first-of-its-kind computer system to control the power lines between Mumbai and Pune. This creation made Tata Electric the world’s third utility to adopt computers.

•In 1966, he went to work for Tata Consulting Engineers and returned to become the Director of Tata Electric.

•In 1969, Kohli was selected by Tata Group Chairman JRD Tata to set up TCS, a startup that was founded as a management consultancy and transformed into a software development giant over the next two decades.

•Kohli is known to have defined the vision for the growth of TCS, guiding it in its early years. Kohli retired from TCS in 1999 at the age of 75.

•TCS is currently the world’s third-largest IT services company, contributing more than 70% to the Tata Group's profits. It is also the largest Indian IT services company by market capitalization and the most valuable company within the Tata group as of 2020.

•Kohli was associated with other companies as well within the Tata Group. He was on the board of Tata Industries, Tata Sons, Tata Unisys, Tata Electric Company, Tata Honeywell and Tata Technologies Singapore.

•He had also served as the Chairman of Tata Elxsi India, and WTI Advanced Technologies.

•He had also been the Director on the board of Abacus Distribution Systems, Airline Financial Support Services India, Triveni Engineering Works and Airline Software Development Consultancy India.

•He was also the President and Chairman of the Indian IT services body NASSCOM between 1995 and 1996.

Kohli's pivotal role in advancement of Technical Education in India

•FC Kohli had helped with the faculty selection and recruitment at the Indian Institute of Technology Kanpur at the request of its founding Director PK Kelkar in 1959.

•He was also associated with the College of Engineering, Pune, by pushing it to be granted autonomous institute status and stayed on as the chairman of the Board of Governors of the institute.

•He also held several executive and leadership roles in professional societies such as being on the board of the Institute of Electrical and Electronics Engineers (IEEE) between 1973 and 1974. He was also the chairman of the India Council.

•He continued to remain connected with technology advocacy even after his retirement and was known to have driven efforts toward adult literacy, water purification, and regional language computing efforts.

•He also continued to be involved with TCS in an advisory role.

FC Kohli is referred to as the father of the Indian IT industry for his pivotal role in setting the Indian IT services industry and contributing to its growth to being a $190 billion industry.

He is credited for grooming a generation of professionals who would go on to become leaders of the industry.