H10N3 Bird Flu: A 41-year-old man in China's eastern Jiangsu province has been confirmed to have been infected with the bird flu strain, as per a statement by China's National Health Commission on June 1, 2021. 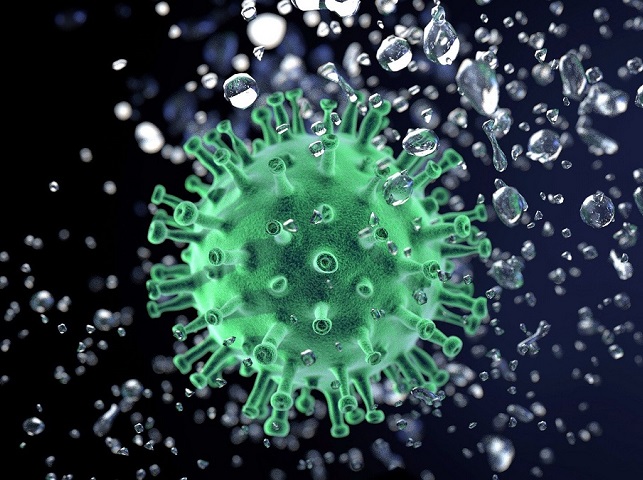 China has reported the world's first known human case of the H10N3 strain of bird flu. A 41-year-old man in China's eastern Jiangsu province has been confirmed to have been infected with the bird flu strain, as per a statement by China's National Health Commission on June 1, 2021.

The man was hospitalised on April 28 after developing a fever and other symptoms, as per NHC's statement. He was diagnosed with the H10N3 avian influenza virus on May 28. He is a resident of Zhenjiang city.

China's National Health Commission, however, did not divulge any other details regarding how the man may have gotten infected with the virus strain.

•According to China's National Health Commission, the infected man is currently stable and will be discharged from the hospital.

•All of the man's close contacts were placed under medical observation.

•No other cases of the infection have been reported yet.

•No other cases of human infection with H10N3 have previously been reported globally, as per NHC.

The commission stated that the infection is an accidental cross-species transmission and the risk of large-scale •transmission is low.

•Many different strains of avian influenza are present in China and some infect people sporadically, usually those who are working with poultry.

•H7N9 bird flu strain had killed around 300 people during 2016-2017. The first human case of the H7N9 virus was reported in China in March 2013. Following this human cases of the flu continued to be reported throughout April and then dropped to only a few cases during the summer months.

•The bird flu was known to strike during the winter months. A second came around October 2013 and spiked in January 2014

•The fifth epidemic began in October 2016 in China and this has been the largest since the first case was reported in 2013.

•So far, the H7N9 strain of the bird flu has infected 1,364 people across the world, majorly in China. Few cases were also reported in Taiwan, Mayalsia and Canada.

•H7N9 is a bird flu that can pass from birds to humans. However, it rarely passes from one person to another.

Avian influenza A H7 viruses normally circulate amongst avian populations with few variants known to occasionally infect humans. There have been no significant numbers of human infections with bird flu since the H7N9 strain.