The French Foreign Affairs Minister and Indian EAM held talks on bilateral, regional and international issues of mutual interest. Another key focus of the discussions was the Indo-Pacific region. 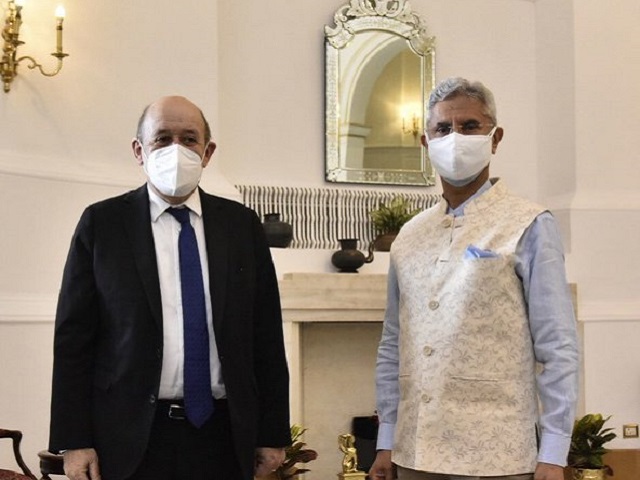 French Minister for Europe and Foreign Affairs Jean-Yves Le Drian arrived in India for a four-day official visit on April 12, 2021.

This is the first high-level physical interaction between India and France since the outbreak of the COVID-19 pandemic.

•The talks also involved discussions on key international issues of concern such as Myanmar, Iran and Afghanistan's peace process.

•Another key focus of the discussions was the Indo-Pacific region.

•Following the talks, EAM Jaishankar tweeted saying had a comfortable, substantive and productive discussion with FM Jean-Yves Le Drian. He added that India and France will advance their shared post-COVID agenda through close collaboration.

A comfortable, substantive and productive discussion with FM @JY_LeDrian. India and France will advance their shared post-COVID agenda through close collaboration. pic.twitter.com/JcyJgRSDnD

•The French Minister is expected to call on Prime Minister Narendra Modi as well. He will also participate in the Raisina Dialogue.

•He will also hold talks with Union Minister of Environment, Forest and Climate Change, Prakash Javadekar during a panel discussion on Climate Change.

•The Minister is also expected to visit ISRO headquarters in Bengaluru and he is expected to make announcements of new joint endeavours in the space sector and also start a dialogue on emerging security challenges in space.

India and France enjoy a strategic partnership that dates back to 1998. The partnership has been marked by regular high-level exchanges and growing cooperation in diverse areas.