Nagaland has been under the Armed Forces (Special Powers) Act for almost six decades. 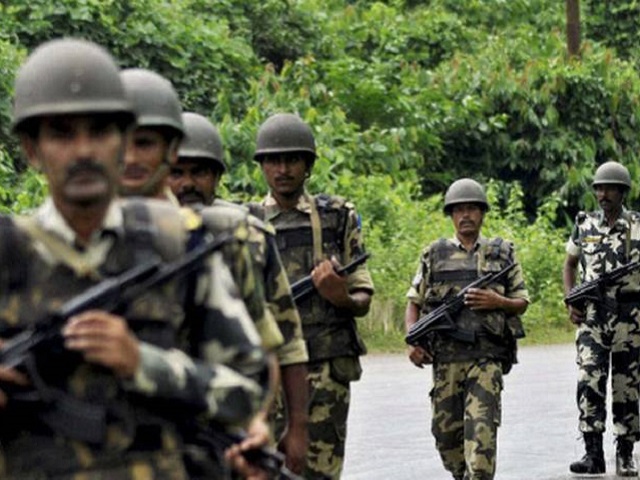 The Union Home Ministry on December 30, 2020 declared entire Nagaland as 'disturbed area' for six more months under the Armed Forces (Special Powers) Act. The Ministry had made a similar announcement on June 30, when it had declared the state as a disturbed area for six months till December 31st.

The Home Ministry had stated then that the centre is of the opinion that the entire Nagaland is in such a dangerous and disturbed condition that the use of armed forces is necessary to aid civil power.

Therefore, the central government in exercise of the powers conferred by Section 3 of the Armed Forces (Special Powers) Act, 1958 declared the whole of the state as a 'disturbed area'' for a period of six months with effect from June 30, 2020 for the purpose of that Act. The same has been extended for another six months now.

• The Armed Forces (Special Powers) Act (AFSPA) has been in force in the Northeast since 1958 and Nagaland had acquired statehood in 1963.

• Hence, Nagaland has been under the Armed Forces (Special Powers) Act for almost six decades.

• The Act was not withdrawn even after a framework agreement was signed on August 3, 2015 between government interlocutor R N Ravi and Naga insurgent group National Socialist Council of Nagaland (Isak Muivah) General Secretary Thuingaleng Muivah in the presence of PM Narendra Modi.

• The Armed Forces (Special Powers) Act grants the armed forces with special powers to maintain public order in “disturbed areas” including powers to search and arrest and to open fire if they deem it necessary.

• The decision to keep Nagaland’s under AFSPA for six more months was taken amid reports of deteriorating law and order situation there.

The Ministry of Home Affairs had previously extended the implementation of AFSPA in Nagaland for another six months in December 2019 till June 2020. As per the Home Ministry data, the violent incidents in the state have fallen from 77 in 2014 to 19 in 2017, while extremists' killing has fallen from 296 to 171.

The Home Ministry had previously withdrawn AFSPA completely from the state of Meghalaya and 8 of the 16 police stations in Arunachal Pradesh. The incidents of insurgency in the northeast as a whole have come down by 96 percent currently in comparison to the levels recorded in 1997.

Currently, the Armed Forces (Special Powers) Act (AFSPA) is in force in states of Nagaland, Manipur (except for Imphal Municipal Council), Assam, three districts of Arunachal Pradesh (AP)- Changlang, Longding and Tirap and areas falling within the jurisdiction of the eight police stations of AP that border Assam.