BHIM 2.0 is a payments interface developed by National Payments Corporation of India (NPCI). 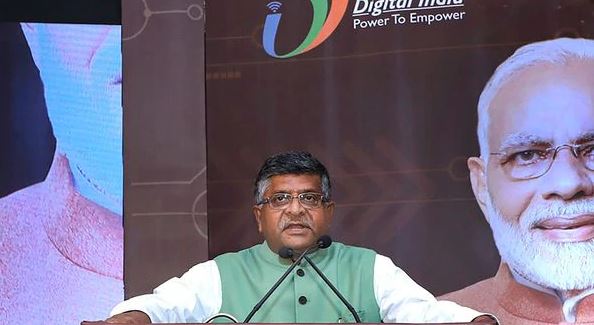 Ravi Shankar Prasad, Union IT Minister, also launched a StartUp Hub Portal and Indian Software Product Registry at IT Ministry's MeitY Start-up Summit. The summit was a platform for start-ups and an opportunity to expand business plans.

About BHIM 2.0
• BHIM 2.0 is a payments interface developed by National Payments Corporation of India (NPCI).
• It was established in December 2016 that allows real-time fund transfer.
• BHIM 2.0 offers additional features including increasing transaction limits with additional languages.
• BHIM 2.0 will be more useful and effective with new features added to it.
• New features include increasing the transaction limit, adding multiple bank accounts, offerings from shopkeepers, the option of applying for an IPO, gifting money and much more.
• BHIM 2.0 is already available in 13 languages and it will be available in three additional languages – Haryanvi, Bhojpuri and Konkani.

• A single-window platform to collect Indian software product database, Indian software products registry, was also launched by IT Minister Ravi Shankar Prasad during the MeitY Startup Summit 2019.
• Apart from that, an overarching collaborative platform, MeitY StartUp Hub (MSH), has been envisioned to act as national coordination, facilitation and interconnected centre for all activities in the tech startup ecosystem.
• This platform will support startups to reach out to mentors and facilitate startups to scale from ideation to the marketplace.

What is MeitY Start-up Summit?
MeitY Startup Summit 2019 is an initiative by the Ministry of Electronics and Information that allows bringing key stakeholders and startups under one roof. The objective of this summit is to provide an environment where entrepreneurs and startups can share strategies and techniques that they find effective with one another.