Lasso won 52 percent of the vote in the runoff against opposition candidate Andrés Arauz, who was handpicked by leftist former President Rafael Correa. 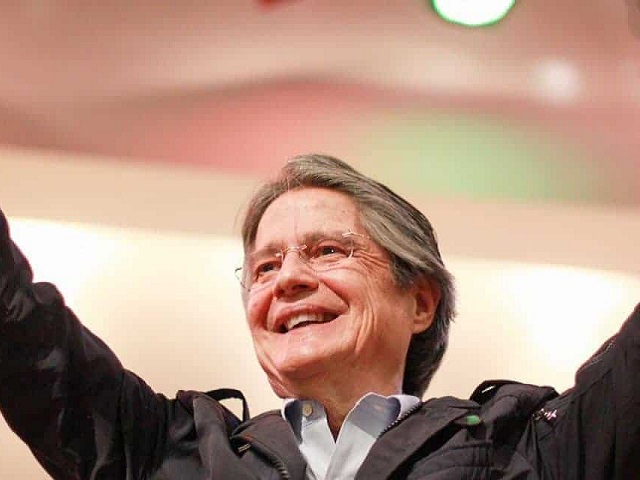 Conservative Former Banker, Guillermo Lasso was elected as the next President of Ecuador on April 11, 2021.

Lasso won 52 percent of the vote in the runoff against opposition candidate Andrés Arauz, who was handpicked by leftist former President Rafael Correa. The 36-year-old conceded defeat on April 11, after which Lasso declared himself President-Elect.

Almost 93 percent of the votes had been counted by then and 65-year-old Guillermo Lasso held a lead of almost five percentage points over his rival.

•Guillermo Lasso is a self-made businessman and former banker. In his victory speech, he promised to work to create prosperity in the country. He said that he is ready to work with anyone including his political rivals to government the country.

•He has also vowed to uphold a US$6.5-billion financing agreement with the International Monetary Fund and to keep up payments on the country’s overseas bonds.

•He said that his will be a government of national unity, not of one party in particular.

•His rival, economist Arauz, congratulated Lasso on his electoral triumph and said that he will show him their democratic convictions.

When will Guillermo Lasso be sworn in?

Guillermo Lasso is expected to be sworn in as the new Ecuador President on May 24, 2021. He will be succeeding Lenin Morena, who was elected in 2017 and did not seek re-election in 2021.

What challenges await him?

Besides the huge challenge of the COVID-19 pandemic, Lasso will immediately face an economic crisis brought on by a 7.8 percent contraction in GDP in 2020.

The country has an overall debt of USD 64 billion, which is almost 63 percent of GDP. Out of this, USD 45 billion is external debt.

The election campaign in the South American country was dominated by an economic crisis aggravated by the Covid-19 pandemic.

The country has been hard hit by the pandemic, with hospitals overwhelmed by over 340,000 coronavirus infections and more than 17,000 deaths.