HCNG is the hydrogen spiked CNG which is produced using compact reforming process. 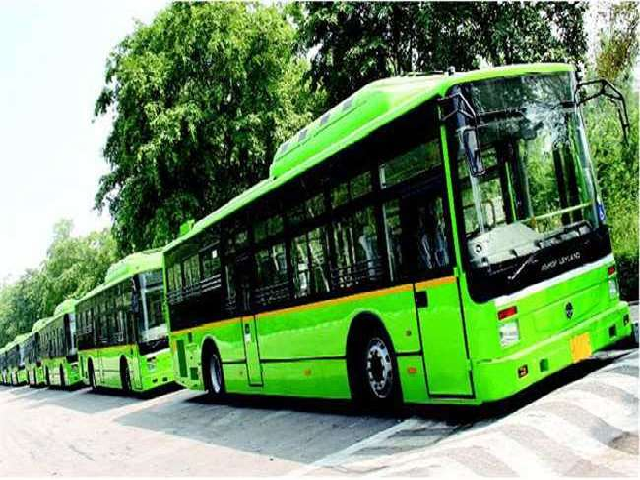 Hydrogen-Enriched Compressed Natural Gas, HCNG-based 50 buses will hit the roads of Delhi from October 20, 2020 onwards, as a part of Government's plan to combat air pollution in the national capital.

As a part of pilot project, 50 buses of this depot will run on HCNG for a period of six months. With a little tuning, the present CNG-run buses will be used to run on HCNG.

- In comparison to hydrogen, it is easier and safer to use the HCNG as it contains low energy content, just up to 30% in terms of volume.

- The Hydrogen-enriched CNG reduces the emissions of engine's unburned hydrocarbon and fastens up the combustion process.

- The HCNG also enhances the fuel efficiency of engine by lowering down the fuel consumption of vehicle.

- HCNG is a cleaner and economical fuel than the CNG-Compressed Natural Gas.

- The Power output of HCNG-run vehicles is better than the CNG ones.

- The use of HCNG is likely to result in 70% more reduction in emission of carbon monoxide, in comparison to the CNG.

In 2019, the Supreme Court had suggested to switch to HCNG vehicles as a solution to fight the poor air quality of Delhi-NCR region.

The Indian Oil Corporation Limited (IOCL) and the Indraprastha Gas Limited (IGL) collaborated to set up the first semi-commercial HCNG production plant to study the use of HCNG fuel in 50 CNG-run buses, which are BS IV compliant, in the national capital.

The IOCL developed the technology to create the HCNG through the compact reforming process, which is 30% more cost effective.