The Hong Kong government's statement read that 00:00 on April 20, all passenger flights from India, Pakistan and the Philippines will be prohibited from landing in Hong Kong for 14 days. 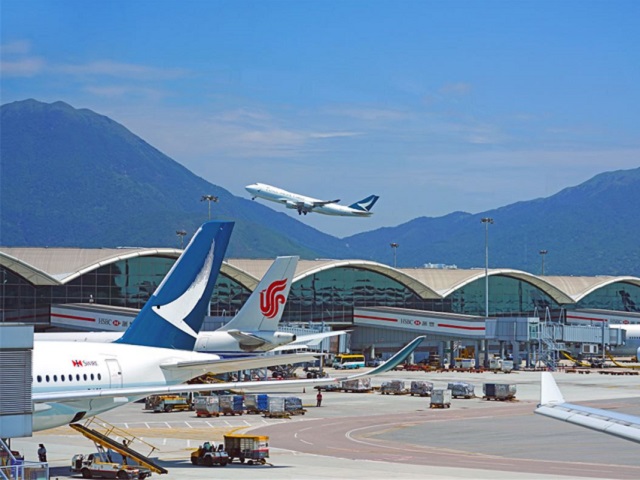 Hong Kong has suspended all flights connecting with India for 14 days from April 20, 2021 till May 3, 2021 in the wake of a sharp rise in cases in the country. Besides India, Hong Kong authorities have also suspended flights from Pakistan and the Philippines.

The Hong Kong government made the announcement on April 18, 2021. The government statement read that 00:00 on April 20, all passenger flights from India, Pakistan and the Philippines will be prohibited from landing in Hong Kong for 14 days.

The Hong Kong authorities have also specified these areas as extremely high-risk Group A specified places under the Prevention and Control of Disease (Regulation of Cross-boundary Conveyances and Travellers) Regulation (Cap. 599H) to restrict people staying in these places from boarding for Hong Kong.

•The suspension announcement came hours after Hong Kong invoked a flight-specific suspension mechanism to prohibit the landing of flights operated by two airlines, including one Vistara flight from Mumbai.

•The Hong Kong government's statement read that the Prevention & Control of Disease (Regulation of Cross-boundary Conveyances & Travellers) Regulation was invoked to prohibit the landing of two flights in Hong Kong from April 19- May 2:

In a similar announcement on April 8, 2021, New Zealand temporarily suspended entry for all travelers from India, including its own citizens due to a high number of COVID-19 cases in the country. The suspension was announced for about two weeks after New Zealand recorded 23 new COVID-19 cases at its border, 17 of which were from India.

The suspensions come amid an unprecedented increase in COVID-19 infections in India. More than two lakh positive cases have been reported for the past three days.