The new development initiatives include 150 community projects and a dam to supply water to Kabul. 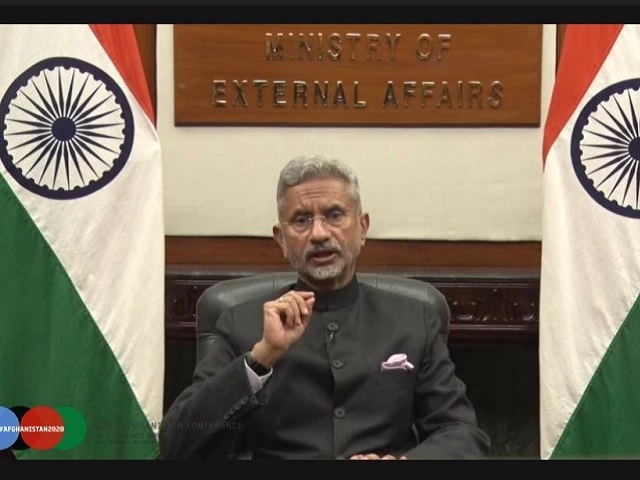 The new development initiatives include 150 community projects and a dam to supply water to Kabul.

External Affairs Minister Dr. S Jaishankar made the announcement during the 2020 Afghanistan Conference, which was organised in Geneva through a video conference.

The EAM made the announcement as he called for an immediate and comprehensive ceasefire in the war-torn country.

•Jaishankar also announced an agreement with Afghanistan to build the Shahtoot Dam in the Kabul river basin with the purpose of providing drinking water to two million residents of Kabul city.

•He informed that India had earlier built the 202-kilometer Phul-e-Khumri transmission line in 2009 to provide electricity to Kabul city.

•The initiative is to focus on smaller projects that can be completed speedily to benefit people in villages and districts.

•Dr Jaishankar emphasized India’s long term commitment to Afghanistan’s development and the benefit of its people as a contiguous neighbor and strategic partner.

•The EAM shared that India’s development portfolio in Afghanistan to date amounts to over USD 3 billion.

•Dr Jaishankar further highlighted that India has left no part of Afghanistan untouched by its 400 plus development projects in all 34 of Afghanistan’s provinces.

•India’s developmental aid for Afghanistan can be categorised under five types:

1. Large infrastructure projects such as the 218-km Delaram-Zaranj road to provide alternative connectivity through Iran

5. Enhancing trade and investment through air and land connectivity

•Jaishankar said that more than 65000 Afghan students have also studied in India under scholarship programmes.

•Dr Jaishankar pointed out during the 2020 Afghanistan Conference that the biggest constraint for Afghanistan has been its land-locked geography. He further highlighted India’s efforts to provide alternate connectivity to the nation through Chabahar port, which helped transport almost 75,000 tonnes of wheat during the COVID-19 pandemic and more than 20 tonnes of medicines and equipment.

•Overall, Jaishankar stated that India has heavily invested in peace and development in Afghanistan. He said that we strongly believe that the gains of the last two decades must be preserved and the interests of minorities, women and vulnerable sections must be ensured.

•He further expressed concern regarding the increasing level of violence in Afghanistan and reiterated India’s call for an immediate and comprehensive ceasefire. He said that as an important stakeholder, India looks forward to working towards a peaceful, prosperous, sovereign, democratic and united Afghanistan.