With a 40-mm windshield and a 6-mm thick armoured protection, these vehicles can withstand bullets from sniper rifles and attacks from AK-47. 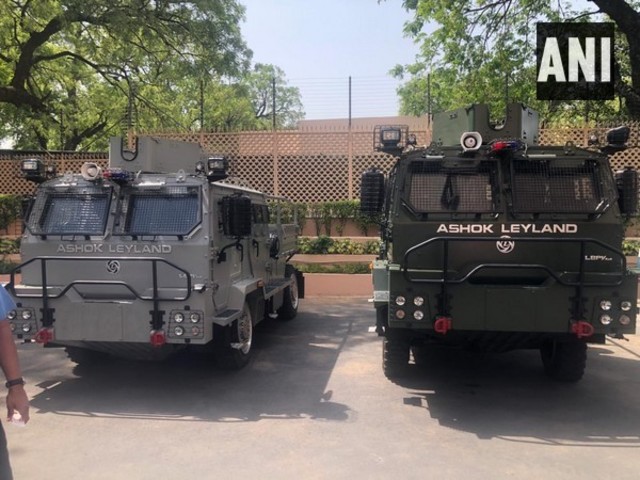 The Indian Air Force (IAF) has inducted the Light Bullet Proof Vehicles (LBPVs) that would be deployed during any terrorist attack. These vehicles can withstand any grenade or bullet attacks.

Nearly six years after it came under a terrorist attack in 2016, the Pathankot Airbase will now have enhanced security and increased capability to tackle terrorist attacks with the latest induction of cutting-edge specialist vehicles by the Indian Air Force (IAF).

Light Bullet Proof Vehicles (LBPVs) are 6-tonne vehicles that have been designed and developed in a way that keeps their engine out of sight from the front as well as the rear side. This blocks the enemies from targeting it easily.

With a 40-mm windshield and a 6-mm thick armoured protection, these vehicles can withstand bullets from sniper rifles and attacks from AK-47.

Additionally, these vehicles will have a canopy protected or covered by armour that will allow the gunner to aim fire easily at its target.

Six fully geared Quick Reaction Team members or Garud commandos can fit into these vehicles. The open space in the rear can accommodate more men.

How will the Light Bullet Proof Vehicles (LBPVs) help the Indian Air Force?

In 2016, the Pathankot Airbase had come under a terrorist attack. Four terrorists intruded the airbase.

Though the force was able to neutralize the terrorists,the instance threw light on the security shortcomings of the airbase to tackle such terrorist attacks.

With these vehicles and their cutting-edge features, the IAF will finally be able to strengthen its capability to tackle such terrorist attacks and enhance its security.