The two-day exercise between the Indian and US Navy aims at strengthening the bilateral relationship and cooperation by demonstrating the ability to coordinate and integrate comprehensively in maritime operations. 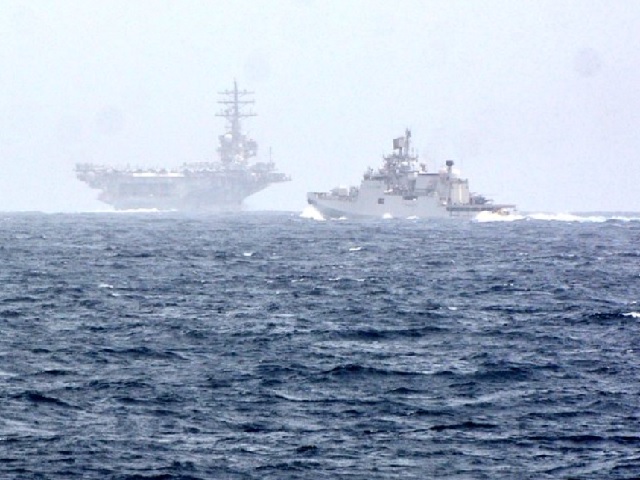 The Indian Naval Ships Teg and Kochi along with P81 and MiG 29K aircraft participated in a Passage Exercise with the US Navy Carrier Strike Group Ronald Reagan during its transit through the Indian Ocean Region. The two-day naval exercise between the countries will take place on June 23 and June 24, 2021.

According to the official release by the Ministry of Defence, the Indian Naval Warships along with aircraft from the Indian Navy and the Air Force will be engaged in joint multi-domain operations along with the Carrier Strike Group. It comprises of Nimitz class aircraft carrier Ronald Reagan, Ticonderoga class-guided missile cruiser USS Shiloh and Arleigh Burke-Class guided-missile destroyer USS Haley.

Indian Naval Ships Kochi and Teg along with P8I and MiG 29K aircraft are participating in a Passage Exercise with US Navy Carrier Strike Group Ronald Reagan during its transit through Indian Ocean Region on June 23 and June 24 pic.twitter.com/You7VL7YSn

The two-day exercise between the Indian and US Navy aims at strengthening the bilateral relationship and cooperation by demonstrating the ability to coordinate and integrate comprehensively in maritime operations.

• The high-tempo operations during the naval exercise between India and the US will include advanced air defence exercises, anti-submarine exercises and cross-deck helicopter operations.

• The participating forces will also endeavour to hone their war-fighting skills as well as enhance their interoperability as an integrated force to promote peace, security, and stability in the maritime domain.

Bilateral engagement between Indian and US Navy:

The US and Indian Navy undertake a host of bilateral and multilateral exercises on a regular basis. The exercises underscore the shared values as partner navies, in ensuring commitment to an inclusive, open and rule-based international order.